"One of our players was speared into the ground" says skipper, but referee leaves it for citing officer 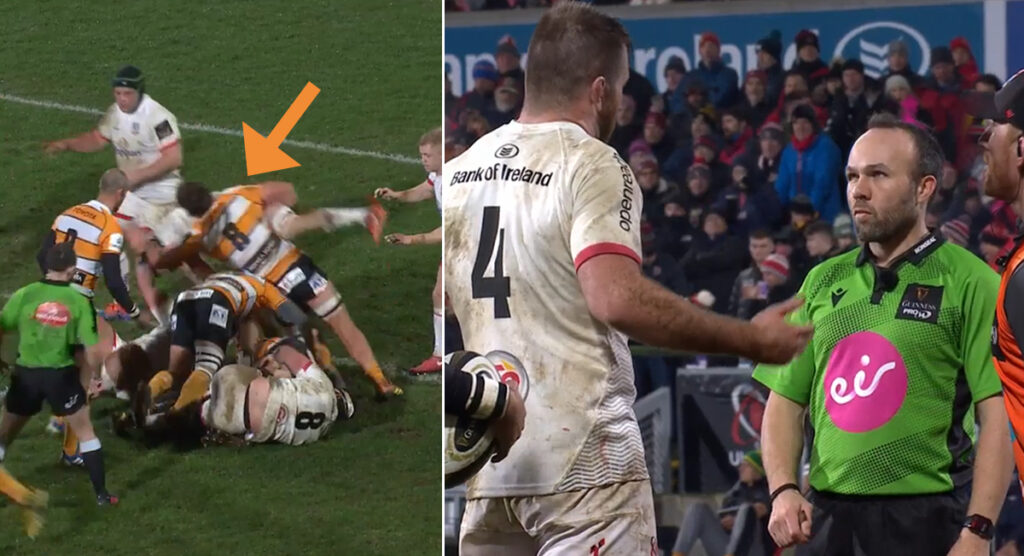 Cheetahs number eight Jasper Wiese has been cited following a complaint that arose in the past weekend’s PRO 14 round 12 match against Ulster in Belfast. It was not penalised at the time.

A Disciplinary Committee will meet in Neath, Wales on Wednesday, February 26 to consider the Citing Complaint made against Wiese for the incident which occurred on Saturday.

Ulster flanker Jordi Murphy was cleared from a ruck in the first half of the game, appearing to land dangerously on his head and neck area.

Play continued on but at the next break in play, Ulster captain Alan O’Connor, with help from waterboy Roddy Grant, brought it to the attention of the referee.

“One of our players was speared into the ground, on the ruck clearout”, said O’Connor, with Grant even providing the exact time of the incident.

The referee, in his defence, responded with something along the lines of “If it is clear, the TMO…” then continued with his orders to O’Connor for other disciplinary issues.

Perhaps this is one the TMO should have picked up on.

Wiese was later reported by the Citing Commissioner for an infringement of Law 9.18 – a player must not lift an opponent off the ground and drop or drive that player so that their head and/or upper body make contact with the ground.

You can see the incident below. What did you think of it? Let us know in the comments below

"One of our players was speared into the ground" says skipper, but referee leaves it for citing officer | RugbyDump - Rugby News & Videos