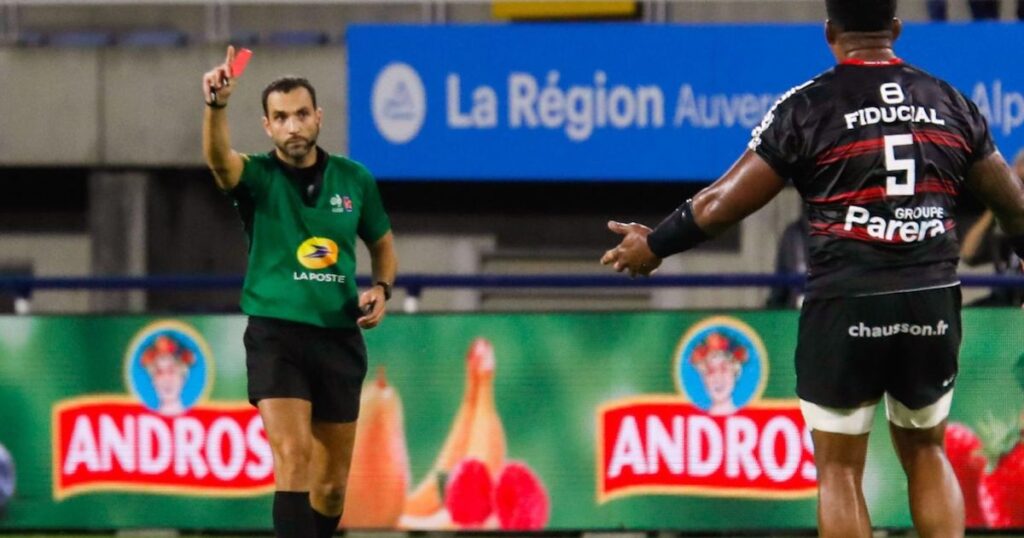 Toulouse very nearly created the upset of the year so far after coming within inches of beating Clermont Auvergne on the opening day of the new Top 14 season, having had two players red carded.

Second rows Joe Tekori and Richie Arnold were both sent off for foul play, leaving Ugo Mola’s side down to 13-men for a large chunk of the game.

Both players have been handed a one-week suspension, which in Tekori’s case may be viewed as too lenient given the ferocity of the incident.

Tekori was the first to see his marching orders after reacting to Fritz Lee holding the Samoan down at a ruck close to the Toulouse line.

It was a fairly clear cut retaliation and Tekori was rightly dismissed after 30 minutes of play. While Lee charged into the ruck, hitting Tekori in the ribs, Tekori’s elbow to the head of Lee was certainly over the top.

Joe Tekori red card after shot in the ribs pic.twitter.com/Z2TKaxcQM7

Things got even worse for Toulouse, who lost their other second row Richie Arnold after a dangerous tackle on Tavite Veredamu, making contact with force to the head and neck area of the Clermont player.

Despite being reduced to 13-men, Toulouse sparked an incredible comeback which saw them take the lead following Antoine Dupont’s try. Wesley Fofana responded for the hosts to reclaim the advantage, while a sterling defensive effort prevented the visitors from snatching an unexpected victory at the death.