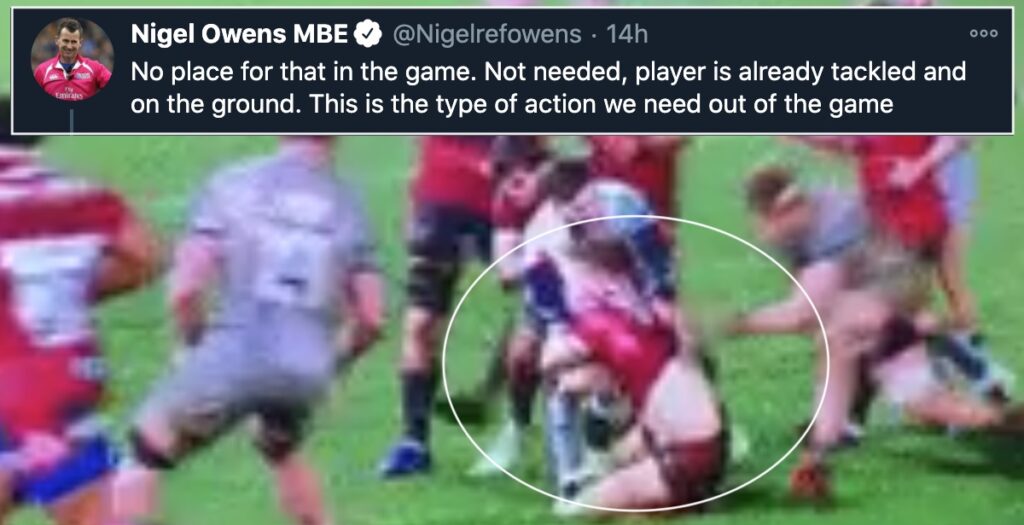 The Springbok international hit Harris in the back as the centre had both knees on the floor and while the TMO called play on after review, fans on social media have expressed their disbelief at the decision.

Legendary referee Nigel Owens also weighed in on the debate, insisting there is “no place for that in the game” and said that the tackle is “the type of action we need out of the game”.

While no punishment was given to du Preez, the attention on social media could put pressure on Premiership Rugby to further review the incident.

Most officials have an understandable desire to mitigate reckless player behaviour, but this attitude has to change if rugby wants to keep existing.

There’s already a lawsuit ffs, how are people not getting how bad this looks? pic.twitter.com/NlkFU4JroQ

No place for that in the game. Not needed, player is already tackled and on the ground. This is the type of action we need out of the game

TMO checked it and said no pen 🤷🏻‍♂️