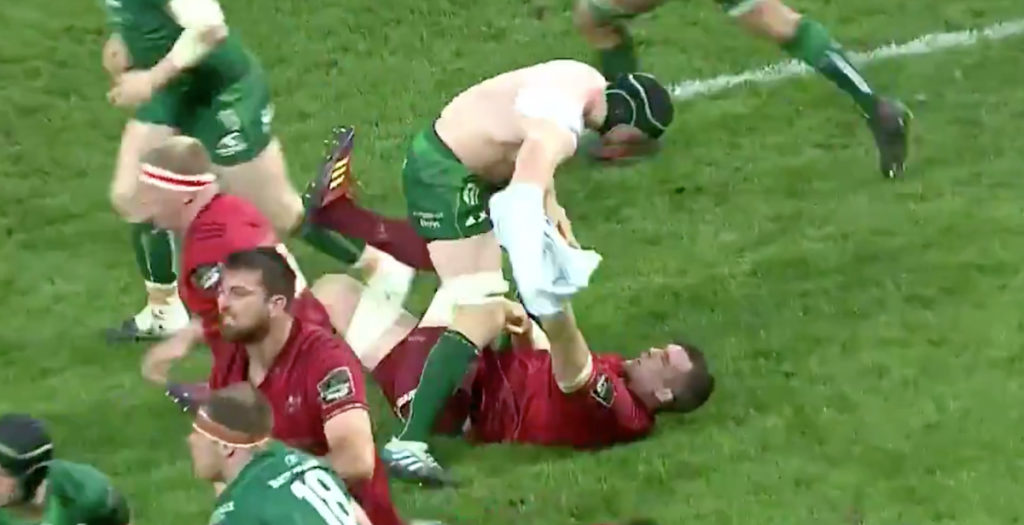 McKeon was pulling on O’Mahony’s shorts in a maul which resulted in the British & Irish Lions back rower performing a wrestling move on McKeon.

Once they were both on the floor, the pair continued to scuffle before O’Mahony got his own back on the Connacht number six by removing his shirt during live play.

Neither player was carded for the incident and Muster went on to win the game 27-14 in Limerick.