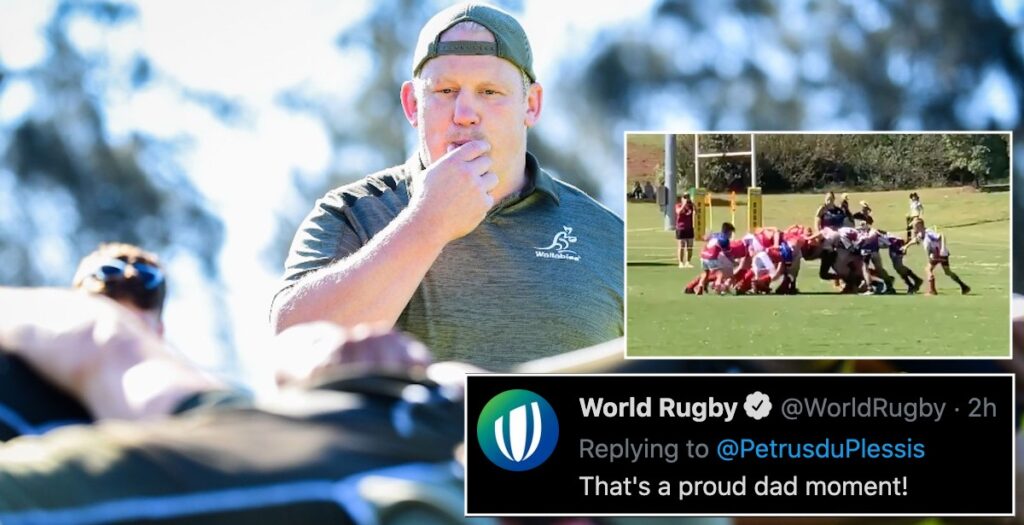 A video posted on Twitter by Petrus du Plessis of his son’s first ever live scrum has gained lots of great attention from the rugby community.

The current Wallabies forwards coach posted the video which showed his son’s junior side dominate a scrum and the likes of Jim Hamilton, Ruaridh Jackson and World Rugby itself praised the young lad’s efforts.

Du Plessis played more than 150 times for Saracens before joining Glasgow Warriors as player coach in 2018 and the 39-year-old is now a forwards coach for Australia.