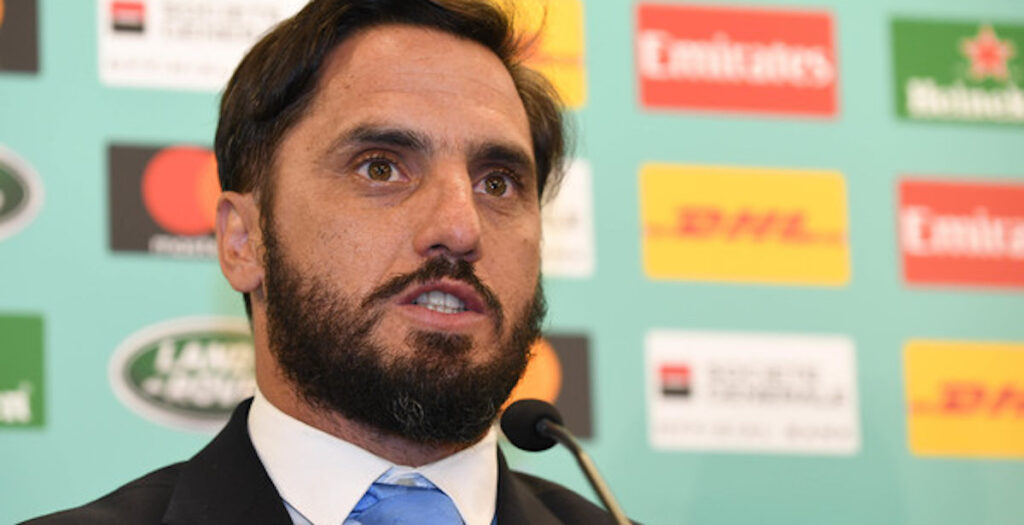 Former World Rugby vice president Agustin Pichot has claimed he was betrayed by Rugby Africa president Khaled Babbou during the build up to the World Rugby elections.

The Argentinian legend lost the vote to become president of the organisation to Bill Beaumont by five votes but has claimed that “favours” were carried out which caused Rugby Africa to change its votes at the last minute.

“That betrayal occurred in the last days,” Pichot told TNT Sports. “You are going to know why I was betrayed, favours are being made on the edge of ethics. On our side you will not find any type of negotiation. It was done that way and for that reason we lost. I would not have done it in any other way.

Defeated World Rugby chairman candidate Agustin Pichot has claimed he was betrayed during the governing body’s elections earlier this month.https://t.co/bfUcb5ux05

Pichot, who earned 71 caps for Argentina between 1995-2008, served under Beaumont for four years at World Rugby and was considered a more progressive option to succeed Beaumont, who was re-elected at the start of May.

The 45-year-old stepped down from his role following defeat in the vote.