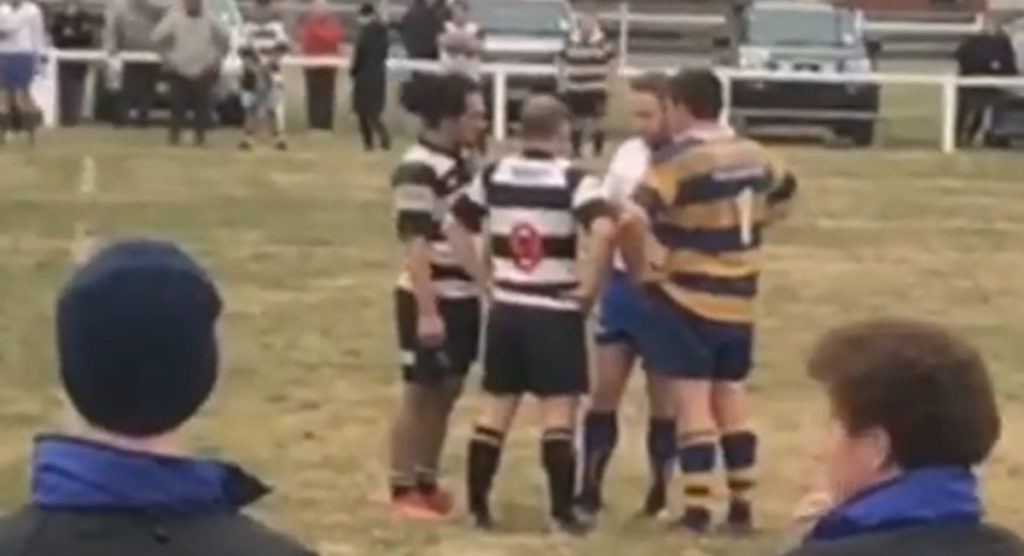 A club rugby player in New Zealand faces a potential life ban after he punched a volunteer referee in a match in Middlemarch, Otago, on Saturday. Brief footage of the incident was uploaded to facebook, showing the disgusting act.

It was the end of a tense final between Strath Taieri and Crescent in the senior grade. As reported by NZ Herald, the Crescent player was called over by referee Brandon Hale after he had barged into an opposition player who was picking up the ball to take a penalty.

After talking to the offender, the referee issued a red card, to which the player reacted by throwing a wild punch, hitting him in the shoulder and head.

The 27-year-old player has now been charged with common assault by the police. He is due to appear in Dunedin District Court next week.

The Otago Rugby Football Union has also started it’s own judicial process, and will push for a life ban.

“We were just killing the time, running the ball up, but with 10 seconds to go this guy just came up and donged one of our players,” said Strath Taieri president Shane Taylor.

“We are certain the ORFU will will deal with it in the way they see fit. It’s really put a dampner on the game but the way Crescent dealt with it was admirable.”

The footage is a bit shaky as the crowd erupted in shock, and a small melee ensued, but that was soon stopped and the match continued. The home side, Strath Taieri, won 29-24.