Powerful South African winger set to become second Test player in family, but for another country 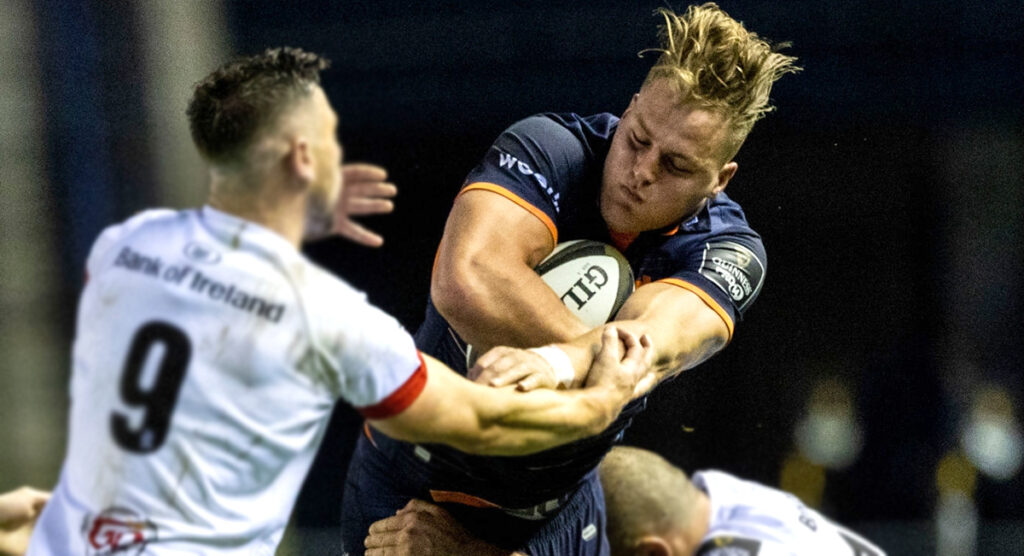 Van der Merwe, who was named the PRO14 Players’ Player of the season, has dominated PRO14 ranks with his pace and power and will be hoping to turn the same form into points on the international stage.

The brother of Springbok hooker Akker (see video lower down on the page), Van der Merwe has dominated the stats pages in the PRO14 tournament for quite a while.

Just last season there was no doubt as to the impact he had with the ball for his club Edinburgh and it was not to go unnoticed by the Scottish selectors.

The 25-year-old has impressed all season topping out the Opta stats charts for Defenders Beaten (76), Metres Made (906) and Clean Breaks (31) while scoring seven tries and setting up two.

Additionally, Van der Merwe’s average of 5.6 Defenders Beaten per game set a new record for the Guinness PRO14 as he broke his own existing record of 5.3 that he set in 2017/18.

Van der Merwe, who was named after Irish folk musician Johnny Duhan after the family spent time in Ireland, spent his junior rugby at the Blue Bulls before signing for Montpellier and spending a season there.

But the move to Edinburgh was where he excelled, as he scored 31 tries now in 58 appearances and is a firm favourite in the Scottish capital.

And he has been someone who coach Gregor Townsend has been watching for a number of years. Townsend made it clear months ago that when Van der Merwe qualified he would be included in the Scottish side.

“He is an excellent player,” said Townsend. “He has shown this season a different level of play as well. His work off the ball has been excellent and his defence has been up there as well. He is quick, he’s strong, he makes a lot of line breaks and tackle breaks and he is a young player who will get better the more he plays.

“It is a position where we have competition. Sean Maitland, Blair Kinghorn did very well for us this year, Darcy Graham missed out due to injury, and we’ve also got Kyle Steyn, Ratu Tagive and Byron McGuigan.

“With Tommy Seymour retiring from international rugby, Duhan can certainly be in the mix for our next international.”

On Friday night he becomes the second international in the Van der Merwe household and will be looking to find the tryline as easily as he does for Edinburgh.

'Lenny would beat you in a phone box': Wallabies looking for a new midfield combination ahead of France series

The Wallabies are making every day count with coaches awarding votes they plan to use toward selection for next month's France Test series.

'He knows when to suck in the big ones': How Marler repaid Harlequins' VIP treatment

The birth of his fourth child on Thursday ignited a special Premiership weekend for Harlequins and star loosehead Joe Marler.

'That speaks volumes': How Lions vote told Gatland all he needed to know about Farrell

Owen Farrell has only just linked up with the Lions but his immense presence has already been felt, according to boss Warren Gatland.

The contract tracing misfortune that has happened to the England football at the Euros hasn't been lost on Lions boss Warren Gatland.