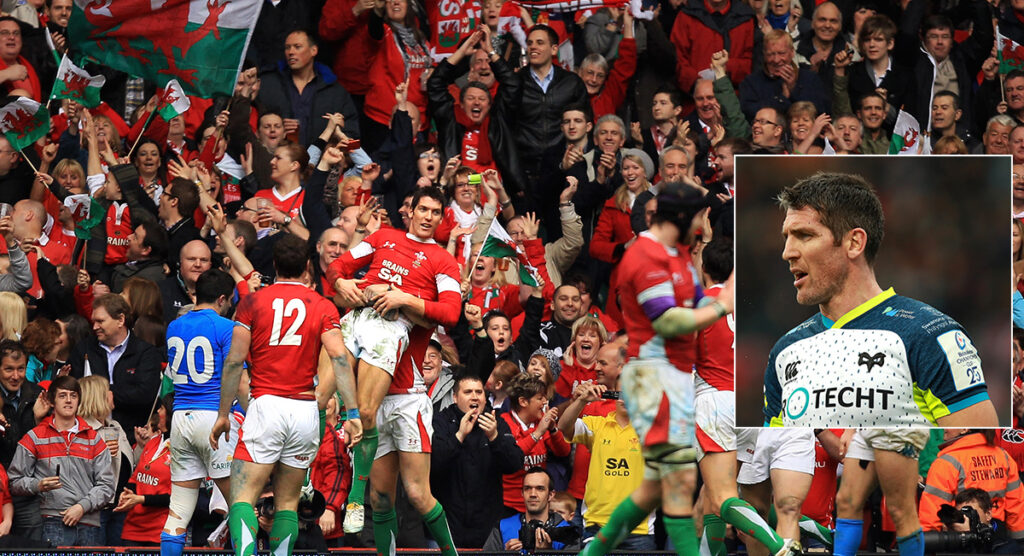 Players from past and present have paid tribute to Wales’ James Hook, after his professional career came to an end this week.

Social media has been littered with paeans of praise after the 34-year-old announced yesterday that his Ospreys contract has officially expired, which brings his career to a close.

Although his retirement at the end of the season had already been announced, the suspension of rugby as a result of the COVID-19 pandemic meant his last appearance for the region was a 21-13 loss to Leinster in Neath in February.

In these unique circumstances, Hook said: “I was hoping to finish off with a few more appearances but unfortunately, for obvious reasons, I wasn’t able to do that.”

Last week officially marked the end of my @ospreys_official playing contract and with it, my rugby playing career. I was hoping to finish off with a few more appearances but unfortunately, for obvious reasons, I wasn’t able to do that. I’m in the process of sorting out my first step onto the ladder post rugby, which, to be honest, I’m really excited about and this should be confirmed in the next couple of weeks. I’ll be staying in shape for my @hooktestimonial match which now looks likely to take place sometime during 2021. Thanks very much to everyone who has supported me through what has been an incredible journey. Thank you!

Nonetheless, an array of former teammates and opponents have praised the Welshman for the career he has had. Both Lee Byrne and Adam Jones, longstanding teammates of Hook’s for club and country, have described him as one of the “greats” of Welsh rugby.

Despite winning 81-caps for Wales, playing in three Rugby World Cups and touring with the British and Irish Lions in 2009, many Welsh supporters have also lamented how he was not valued as much as he should have been in red.

Capable of playing across the backline, Hook was one of the classiest players of his generation, but was perhaps underused by Warren Gatland, partly as he did not necessarily fit the Kiwi’s mould.

Underused, yes, but he was certainly not underrated, as shown by the ovation he has received from players and fans. Having played for the Ospreys (during two stints), Gloucester and Perpignan, there are many who were able to witness what a player he was, which is why he is held in such high regard.

His retirement brings to an end a 16-year professional career, which started with Neath in 2004. He made his Wales debut as a 20-year-old in 2006, and earned his final cap eleven years later in the 2015 RWC quarter-final loss to South Africa.