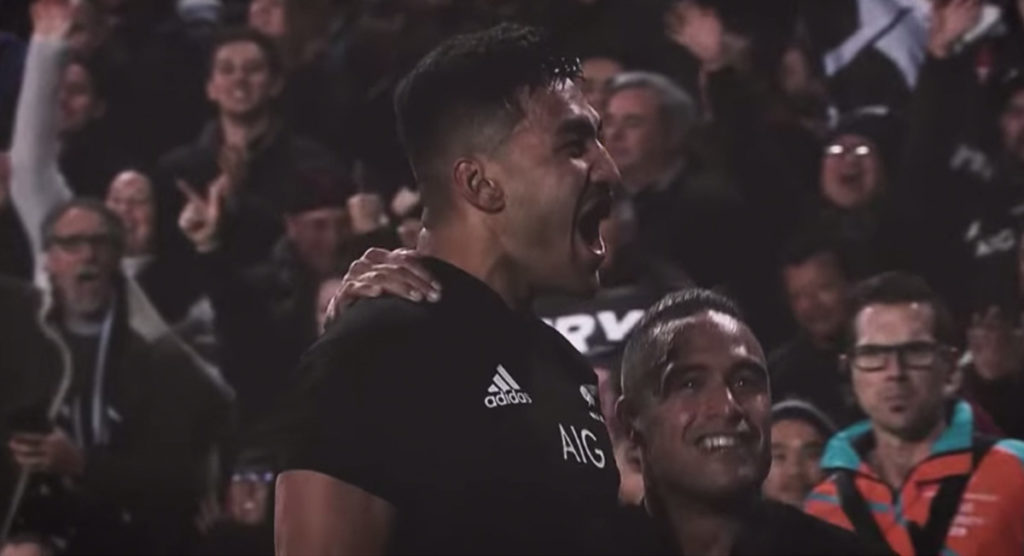 If New Zealand want to secure their unprecedented fourth World Cup title this year, they’ll look to twenty-one-year-old Rieko Ioane as one of the key components in their plans. In a very short time, Ioane has become yet another All Black wing try-scoring sensation. It will be up to Steve Hansen to figure out how to unleash him in 2019.

Not long ago, it would’ve been unthinkable for Julian Savea to already be fading into the rearview for the World Champs. For so long, it looked as if Savea would own every try-scoring record available. Flash forward to today and Savea is playing on another continent, while brother Ardie is the one enjoying time in the national setup.

After Ioane’s incredible start in 7s at the age of just 17, the All Blacks didn’t have to wait long to replace Savea’s steady scoring production. Ioane simply made things too easy for the national selectors and the rest is history. Several highlight videos and accolades prove that point.

In this video, he sits down with World Rugby to discuss his meteoric rise and growth in the black jersey.

Now with several caps to his name – including a Lions series – the 2017 World Rugby Breakthrough Player of the Year is a veteran and is poised to take on the world later this year in Japan.

However, in the wake of Ireland’s 2018 success, it won’t be all plain sailing.

That being said, many eyes will be on Ioane as he attempts to help deliver a third William Webb Ellis trophy in a row.