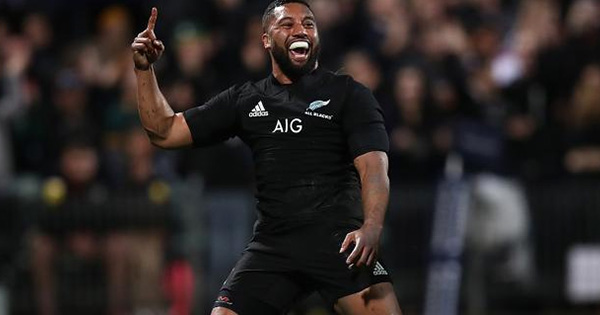 Highly talented All Black fly half Lima Sopoaga will leave New Zealand at the end of the coming season to join Wasps. Following Aaron Cruden, this makes him the second world class All Black 10 to leave for the greener financial pastures of Europe in the last 12 months.

Sopoaga follows former Chiefs and All Black fly half Aaron Cruden, who is playing his first season with Montpellier. In fact, the All Blacks have lost a few players as of late, with other names including Steven Luatua, Tawera Kerr-Barlow, Charlie Faumuina, and George Moala.

One could argue that these players were being considered less and less by the selectors, or perhaps were merely second or even third-choice All Blacks. However, Steve Hansen will no doubt be frustrated with the loss of any experience in the build-up to the 2019 World Cup, particularly now with the loss of both Cruden and Sopoaga.

There’s no doubt who the first choice number ten is but, as we’ve seen before, you’re just one injury away.

The 16-cap All Black Sopoaga had cemented his role as the second choice behind Beauden Barrett, which must make the decision to leave that much more difficult.

New Zealand do still have a stockpile of weapons though, with both Richie Mo’unga and Damien McKenzie capable if called up.

In the end, what mattered most – alongside the reported £1.5 million three year deal – was family, and it seems Sopoaga is fine with that.

“It was one of the hardest decisions I’ve ever had to make but is one I’m at peace with. I’d like to thank the Highlanders, All Blacks, Southland and Wellington for the awesome experiences you have provided me with over the years.

“So here’s to 2018 one last roll of the dice before I head off to experience life on the other side of the world. I’m ready.”

Sopoaga will leave after the coming Super Rugby season and will therefore be removed from World Cup contention. The move will cause ripples with Wasps as the question now becomes what to do with mercurial star Danny Cipriani.

As this highlight video shows, Wasps fans should be thrilled with their latest signing.