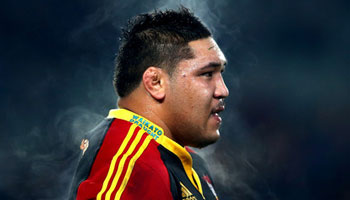 There’s nothing better than seeing a 137kg+ prop in full flight, and we were treated to it by Ben Tameifuna against the Blues at the weekend. He took on a few smaller backs but it was his acceleration that was probably the most impressive thing.

Big Ben weighed in at 144kg’s at the start of the season, but has shed a few after some hard work, and has since been more mobile than ever, even scoring two tries against the Blues.

Look out for him in the Super Rugby Semi Final next weekend.

This was first shared on the Rugbydump Facebook page, then later updated and archived on the site. To view users’ reactions and comments, follow the link, and please LIKE the page too!