Prop deals with scrum half the only way he knows how, but pays the price with suspension 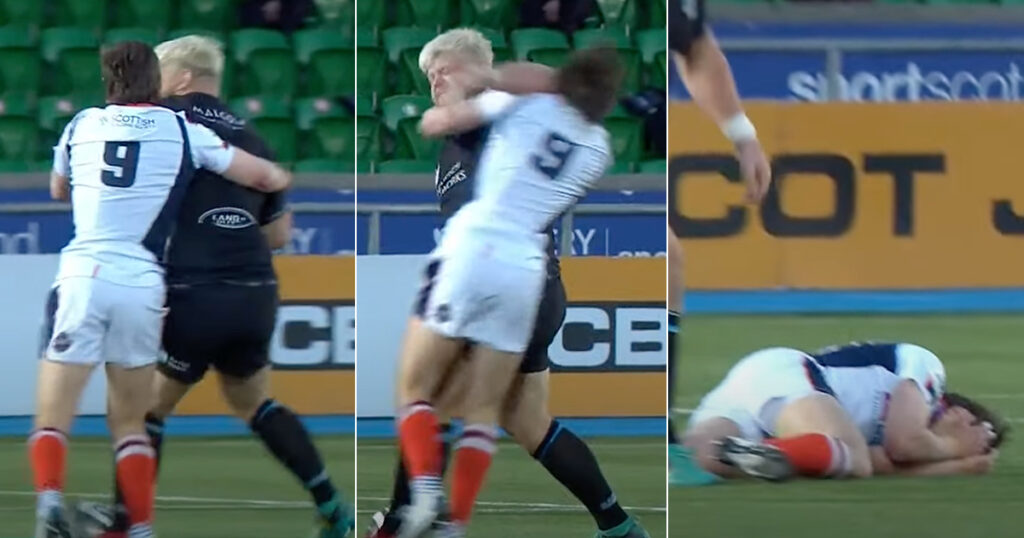 Glasgow Warriors and Scotland prop Oli Kebble has been suspended for three weeks after he was shown a red card for striking during the Guinness PRO14 Rainbow Cup Round 2 fixture against Edinburgh this past weekend.

Kebble lashed out at Henry Pyrgos after the scrumhalf hung onto him after the whistle.

It looked like a tiny scuffle, but a captain’s challenge showed that Kebble’s elbow made contact with the number nines face, so a red card was issued by referee Adam Jones (WRU) under Law 9.12 – A Player must not physically or verbally abuse anyone. Physical abuse includes but is not limited to, biting, punching, contact with the eye or eye area, striking with any part of the arm including stuff-arm tackles), shoulder, head or knee(s), stamping, trampling tripping or kicking.

The Disciplinary Process of the red card offence was presided over by Judicial Officer Owain Rhys James (WRU), who concluded that an act of foul play had occurred.

The incident was found to merit a mid-range entry point, which indicates a six-week suspension for this offence. Having considered all available evidence and the player’s previous disciplinary record, a reduction of 50 percent was applied, bringing the ban to three weeks.

You can see the incident in the video below.

Earlier in the same match, Mark Bennett was red carded for a dangerous tackle. He has since been suspended for three weeks (or three meaningful matches).

Prop deals with scrum half the only way he knows how, but pays the price with suspension | RugbyDump - Rugby News & Videos