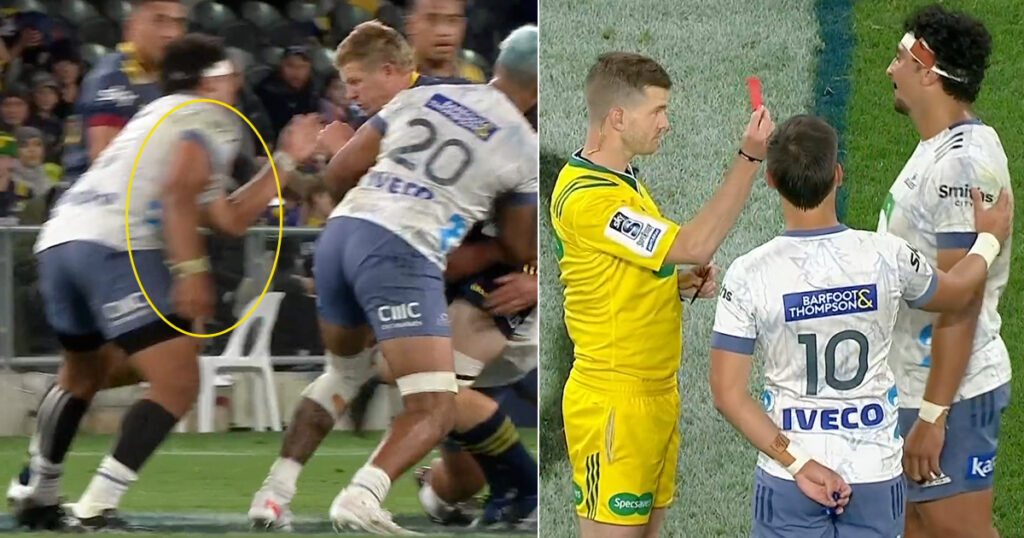 Blues replacement prop Alex Hodgman will play no further part in this season’s Super Rugby Aotearoa after he was red carded and suspended for a dangerous tackle he made against the Highlanders.

Hodgman was sent off late in the game after he flew into a challenge with his arm braced and the point of his shoulder making contact with the ball carriers face.

It was a clear-cut red card, particularly under recent guidelines.

He pled guilty of contravening Law 9.13: A player must not tackle an opponent early, late or dangerously, and a SANZAAR Foul Play Review Committee suspended him from all forms of the game for 3 weeks.

He will miss Super Rugby Aotearoa matches against the Crusaders, the Chiefs and if the Blues were to make it, the final. If they do not make the final, his suspension will carry over to his next scheduled match.