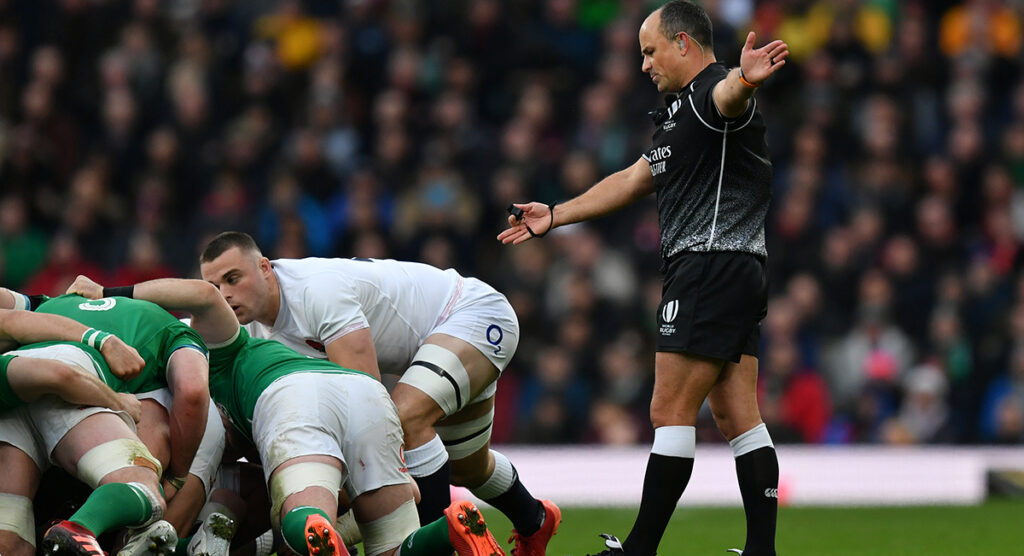 It is fair to say that World Rugby’s temporary law amendments have not been universally accepted by the public.

In a pursuit to reduce contact exposure in rugby, and therefore facilitate a quicker return to playing during the COVID-19 pandemic, ten optional law changes were announced today with the aim of reducing the amount of time in scrums, rucks and mauls.

Reducing such fundamental elements of the game of rugby union has obviously led to suggestions that this is moving closer to rugby league, where in one instance the concept of a goal line drop-out has been taken from the other code.

On top of that, many have been quick to highlight that rugby is a contact sport, and that it is ultimately a tough job in overcoming that to reduce the spread of the virus. But many also are acutely aware that this is the best approach in seeing a return to rugby as soon as possible.

Excellent news. A few more minor tweaks and you will have succeeded in completely ruining the game. Either the game is playable or not. Dont de-value it with this tosh

I think the key thing with the law changes is that they are optional. Looks like World Rugby is offering suggestions to people in places where the return to the pitch may be longer than others. Super Rugby Aotearoa is not implementing any new laws.

Rugby union is slowly being killed and it’s all thanks to @WorldRugby. They’re using the Covid excuse to bring these “trial” laws and then I bet they’ll carry on with them

Only need 1 new law after Covid: stop the clock on scrums and restart when the ball is out

The new rugby laws are complete tosh, may as well start playing league when we its safe to return to play @WorldRugby #notmygame #whatsthepoint

Aside from the concerns that these laws are a way of World Rugby speeding up the game through the backdoor, chiefly by reducing the number of scrums, fans have been cherry picking which law changes could potentially be carried forward when normal service resumes.

The idea of an orange card attracted some interest, as it will help with making fairer decisions by giving television match officials a greater chance to analyse an offence.

Similarly, the goal line drop-out idea has not been as emphatically dismissed as some other suggestions have. This will be awarded to a defending team when they have held the opposition up over their line, therefore eliminating the scrum.

Many people have always seen the five-metre scrum as an unfair response to holding a team up, as it essentially rewards the attacking team with a platform to score, and moreover punishes the defending team for their good defence.

Other changes, such as removing the effectiveness of the choke tackle, have had different responses, which may largely be down to where people come from.

The goal line drop out is interesting. If it’s like a 22 the scope for short kicks to regain possession would be interesting given the amount of space other team has to cover. Could certainly lead to some unusual phases of play.

I will raise a pint to the death of the choke tackle. When I can raise a pint. And also glad to see 'use it' reduced from 5 -3 (albeit in reality probably from 10-9 !)

The very fact that these changes are optional, and have already been turned down by some unions, such as in the upcoming Super Rugby Aotearoa, suggests that they may not be as damaging as some are fearing.