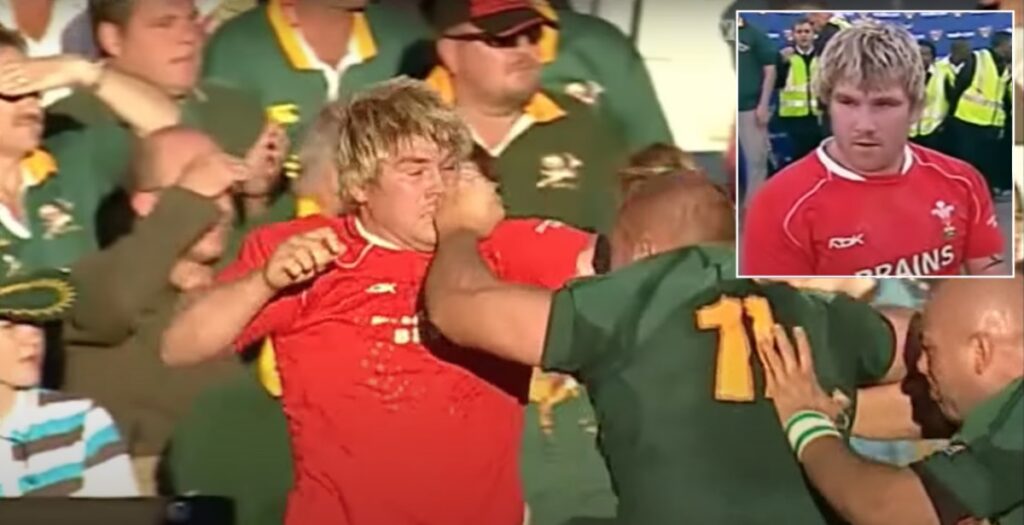 Back in 2008 Wales hooker Richard Hibbard took on two Springboks props by himself during the first Test match of their Summer tour to South Africa.

The 24-year-old Welshman powered through a driving maul in Bloemfontein taking CJ van der Linde and Gurthrö Steenkamp with him at the same time.

Van der Linde took particular offence to Hibbard and retaliated by driving his forearm into the hooker’s face, which led to the Welsh replacement throwing a punch to the back of the South African’s head.

Both Hibbard and van der Linde were sin binned for the incident and although the hooker did well to fight off two Springboks himself, South Africa went on to win 43-17 and then secure a 2-0 series.

Hibbard, now 36, has represented Wales 38 times throughout his carer and earned three British & Irish Lions caps on the 2013 tour to Australia.