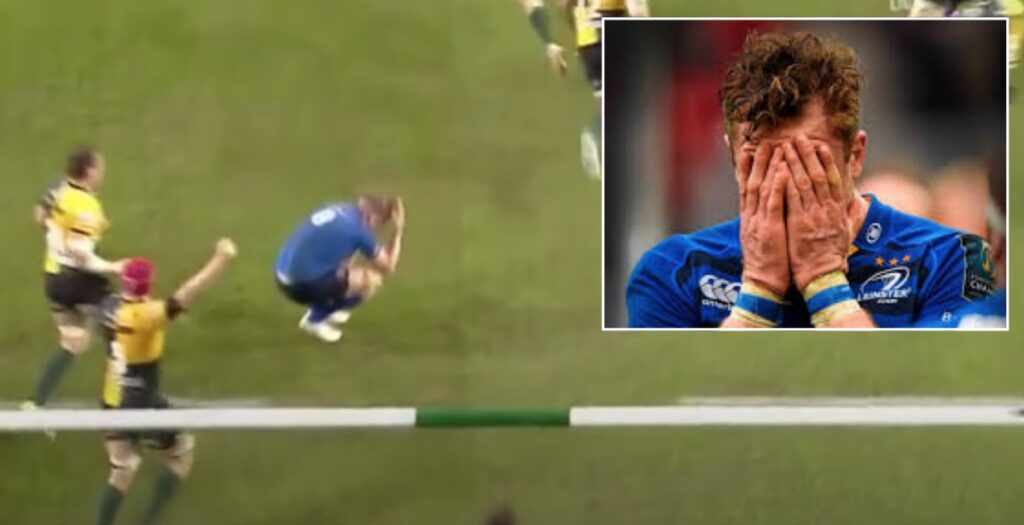 Ireland and Leinster legend Jamie Heaslip had one of the worst moments of his career back in 2013 when he gifted Northampton Saints a win in the Heineken Cup.

Leinster were four points behind the visitors and piling on the pressure in the final play of the match when Heaslip dropped the ball five metres short of the try line in front of the posts.

The number eight was stood at first receiver and having lost control of the ball, it bounced straight into the arms of Saints winger Jamie Elliott, who ran the length of the field to score in the corner.

Heaslip fell to his knees knowing his side had lost, completely silencing a packed out Aviva Stadium. The try for Northampton also denied Leinster a losing bonus point but the then three-time champions bounced back to top their group.

Leinster were later knocked out of the competition by French side Toulon, who went on to win the tournament with a 23-6 win over Saracens at the Millennium Stadium in Cardiff.

The back rower also played more than 200 games for Leinster, winning three Heineken Cups and three Pro 14 titles as well as a hat trick of Six Nations Championship titles including a Grand Slam in 2009.