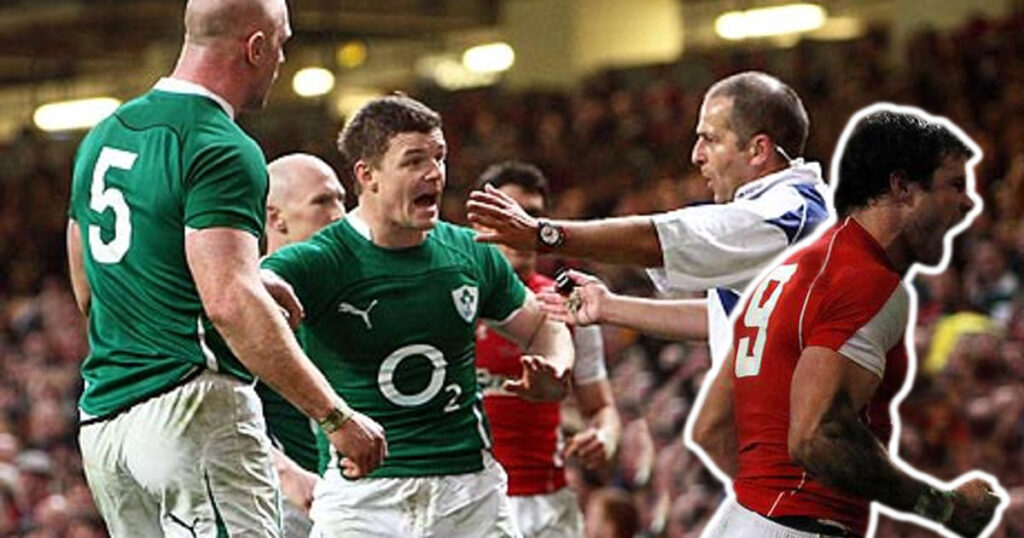 This year marks the 10th anniversary of one of the most controversial decisions in Six Nations history starring Mike Phillips in Cardiff.

The Welsh scrum half scored a sneaky try from a quick lineout to help Wales to a 19-13 win over Ireland in front of a raucous crowd at the Millennium Stadium in 2011.

However what referee Jonathan Kaplan and his fellow officials failed to notice was that the Welsh had illegally used a different ball for the lineout than the one kicked into the crowd by Ireland.

Captain Brian O’Driscoll and talisman Paul O’Connell surrounded the referee to appeal the decision as Phillips celebrated the try, which unquestionably should have been ruled out.

Commentator Jonathan Davies explains exactly why the try should not have stood in the video below and to this day it remains one of the most unjust calls in Six Nations history.