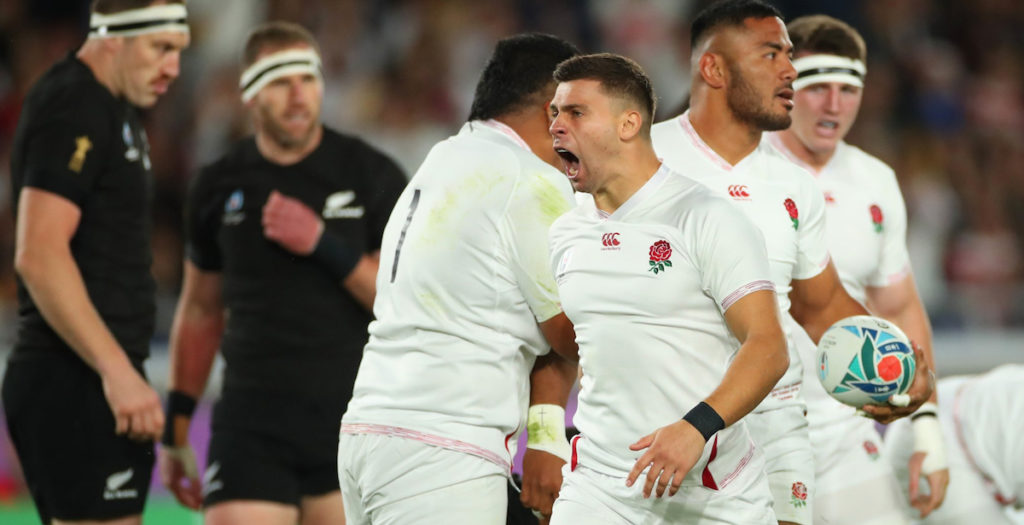 England put in a monumental performance to beat the All Blacks 19-7 in the semi-final of the World Cup in Japan on Saturday.

An early try from Manu Tuilagi helped England to a 10-0 lead at half time and they scored a further nine points to win the second half despite having two tries disallowed.

This will be England’s first World Cup final since 2007 and it was the first time the All Blacks failed to score a point in the first half of a test match since 1991.

Pundits have said this was one of England’s greatest ever performances at a World Cup and it was the first World Cup game that the All Blacks have lost since 2007.

England lock Maro Itoje was awarded man of the match and made three turnovers and one line out steal throughout the 80 minutes.

“All these big games get physical and we wanted to match them,” said England captain Owen Farrell. “We’ve got a number of ways of playing and tonight we did that well.

“It’s brilliant to get there (the final) but we’re going to celebrate this win first.”

England will now play either South Africa or Wales in the final on 1 November depending on the outcome of the second semi-final taking place on Sunday.

World Cup winner Johnny Wilkinson added: “They (England) looked complete. Their defence was dominant and they gave very little away to New Zealand. They were energetic and physically dominant.”

Sir Clive Woodward concluded: “For me that was a totally complete performance and for me Farrell and Itoje were immense. They totally strangled the All Blacks and they smashed them.”

Immense effort by @EnglandRugby, many congratulations to the whole team. Now for the final! #ENGvNZL #RWC19 pic.twitter.com/7qbTsnHl11

Congratulations to the @EnglandRugby team on an incredible team performance and hard-fought victory against the @AllBlacks.

That was amazing! I’m off to the airport to watch England in a World Cup final. What a dream. #ENGvNZL

.@EnglandRugby players thank the fans for their brilliant support after a grueling 80 minutes against New Zealand in the semi-final at #RWC2019#ENGvNZL #WebbEllisCup pic.twitter.com/WUhWb8XjRI

Eddie Jones, clown or genius? Well the question has been answered. #ENGvNZL

“Judge me on the World Cup…” pic.twitter.com/wXVk53ZM9R

Wow! How special was that from @EnglandRugby 🌹
Cancel all plans next Saturday morning- we’re watching a World Cup Final!! 😀