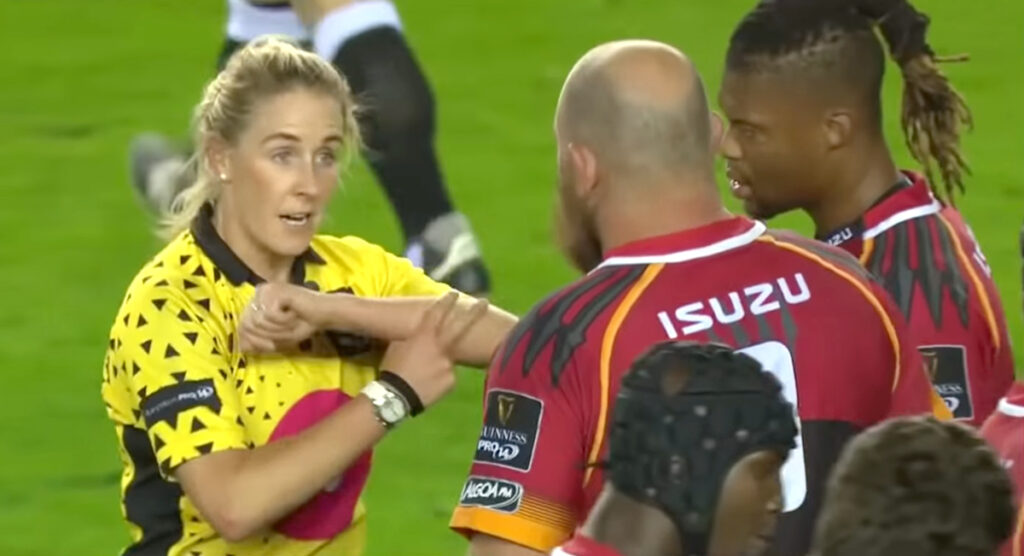 Southern Kings prop Pieter Scholtz has been given a four-week ban after receiving a red card in his side’s PRO14 Rugby fixture against Edinburgh. He connected with the throat in attempting to fend John Barclay and was sent from the field.

The player was shown a red card by referee Joy Neville under Law 9.11 – A player must not do anything that is reckless or dangerous to others.

A disciplinary hearing took place in Neath via video conference. The Disciplinary Panel, comprising of Rhian Williams (Chair), Simon Thomas and Nigel Williams (all Wales) concluded that there was an act of foul play which merited a mid-range entry point due to contact with the neck / head area of his opponent.

Scholtz’s previous record and behaviour during the process were considered and mitigation of 40% was applied.

As a result, Scholtz has been banned for a period of four weeks. He is free to play from midnight on Sunday 16th February 2020.

You can see the incident in the highlights package below