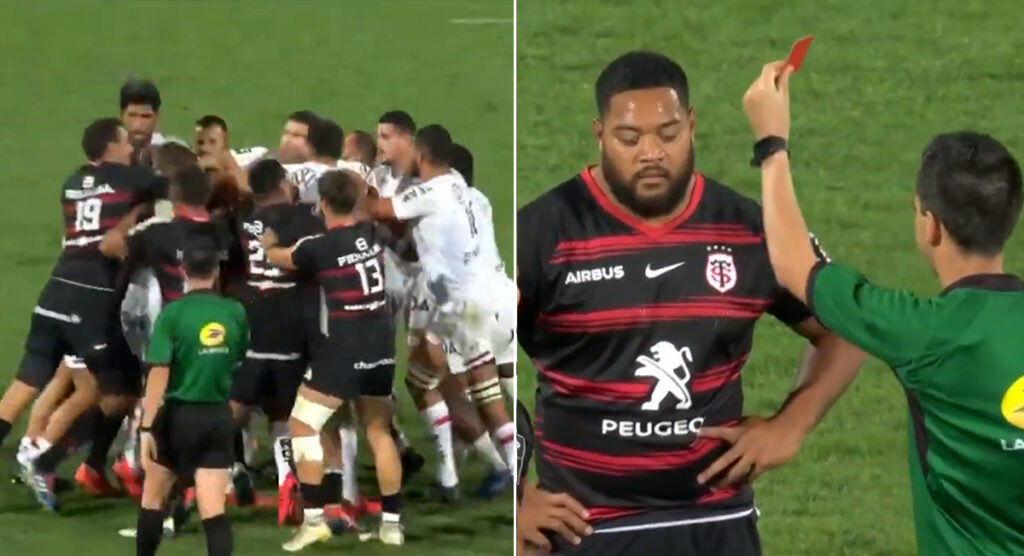 Toulouse beat rivals Toulon 39-19 in the French Top 14 on Sunday but had to do so with just 14 men for the final twenty minutes, thanks to a moment of madness by their replacement prop.

Winger Cheslin Kolbe kept up his impressive try-scoring record as he crossed the whitewash yet again, taking his tally to five tries from five games since the season restarted.

His first half try helped his team to a 25-0 lead at halftime before Toulon bounced back with two of their own within 10 minutes of the second half.

But with a convincing lead and twenty minutes to go, Toulouse’s Neti flew into a ruck recklessly, charging into Georgian Beka Gigashvili after the whistle had been blown.

Some seemingly unnecessary deliberation followed between referee and TMO, but eventually, the decision was made to send the former France u20 player from the field permanently.

Toulon scored through Anthony Meric before Francois Cros scored Toulouse’s fifth try of the game for a convincing 39-19 win.