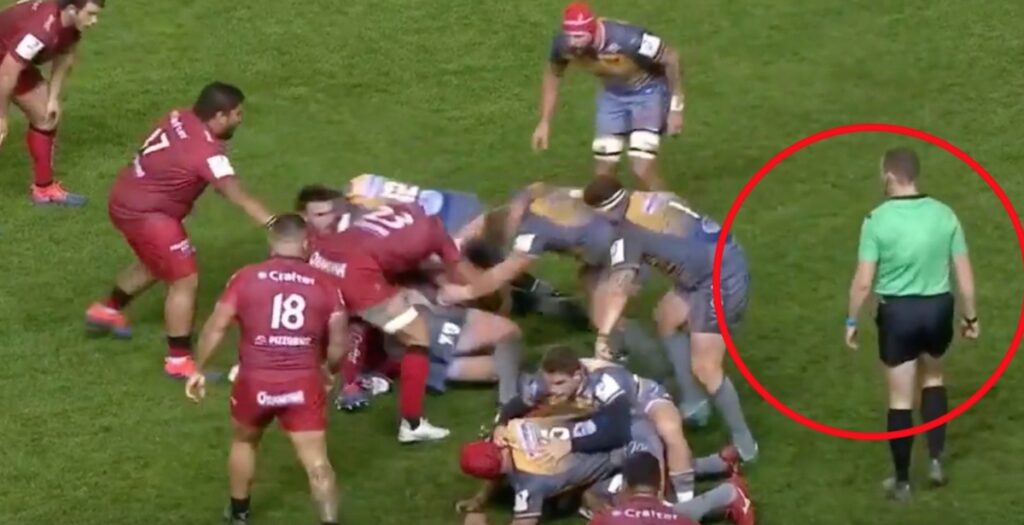 Scarlets played away against Toulon in the Challenge Cup and after Foley gave the initial penalty he then marched Scarlets back a further 10 metres when Kruger questioned the referee on his decision.

At that moment the ref mic picked up Foley telling Kruger that he’d keep walking if he continued to question him.

Foley had already given a red card to Scarlets forward Tevita Ratuva at the end of the first half, which ultimately helped Toulon record a narrow 17-16 win at Stade Félix-Mayol.