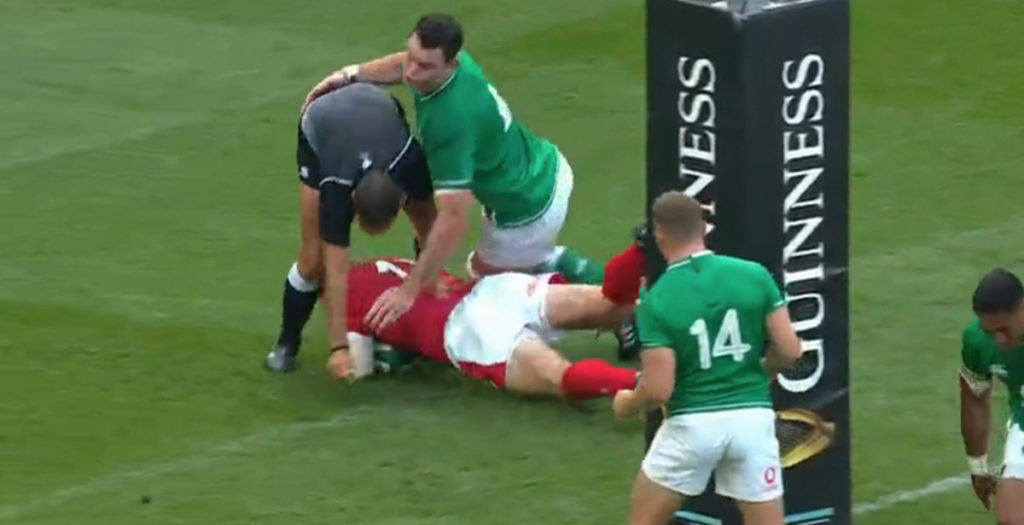 Wales centre Hadleigh Parkes scored their only try of the match against Ireland on Saturday afternoon but he took out more than just the opposition.

Parkes ran a hard line to split open the Irish defence in the first half but in the act of diving over the try line, he knocked referee Mathieu Raynal off his feet.

The Frenchman was sandwiched between Parkes and Irish lock James Ryan before eventually getting back to his feet to award the try.

The game finished 19-10 to Ireland meaning they head into the World Cup in Japan ranked number one in World Rugby.