Referee completely unamused as Frenchman feigns injury after being slapped 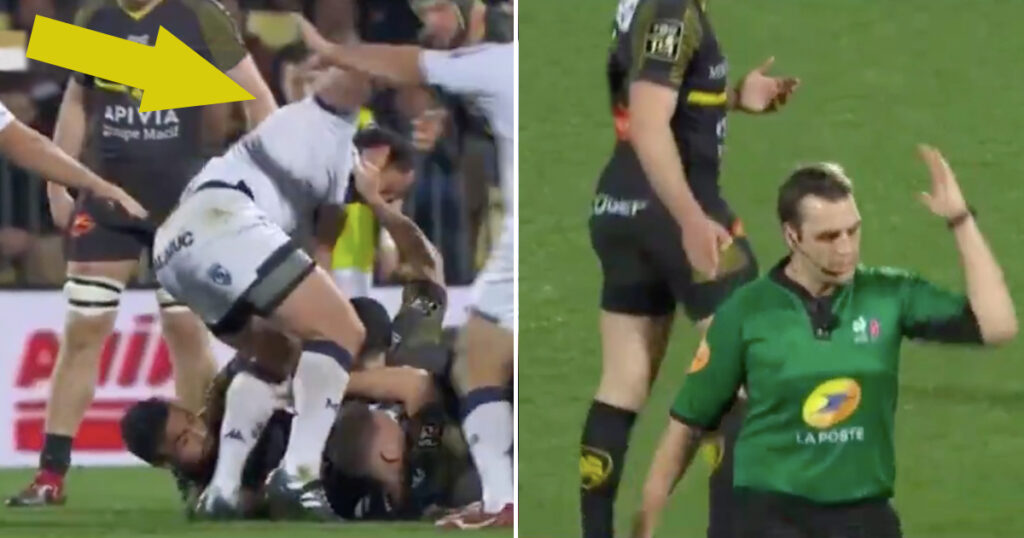 A growing trend in rugby that is concerning many people is players feigning injuries to catch the attention of the referee.

This is most often seen when a ball carrier feels they have been tackled late or high and lie on the ground waiting to catch the referee’s attention. This is often helped by members of the medical team rushing to the player’s attention, not only creating a palava in the middle of the field but also obstructing play sometimes.

A raucous home crowd can help the acting player with a cacophony of jeers, usually forcing the referee to confer with the television match official.

This is something that is happening more and more frequently but was handled brilliantly by referee Thomas Charabas in La Rochelle’s contest with Montpellier in the most recent round of Top 14 actions, when France centre Geoffrey Doumayrou tried to pull the wool over his eyes.

After grabbing onto Montpellier hooker Bismarck du Plessis in a ruck, the former Springbok slapped his shoulder to make him let go. The 30-year-old Doumayrou lay prone on the floor after that, accompanied by the medical team, in order to stop play.

Doumayrou was later red carded for a tip tackle on Frans Steyn, for which he received a five-week ban on Wednesday.

He was also given a five-week suspended ban and a €1000 fine for contesting the decision of a match official. This may be because he argued with the referee after being called out for cheating.

As simulation increases in the game, punishments may need to get sterner to prevent it becoming rife.

Du Plessis is not shy to hand out a vicious slap, as James Horwill found out in 2011