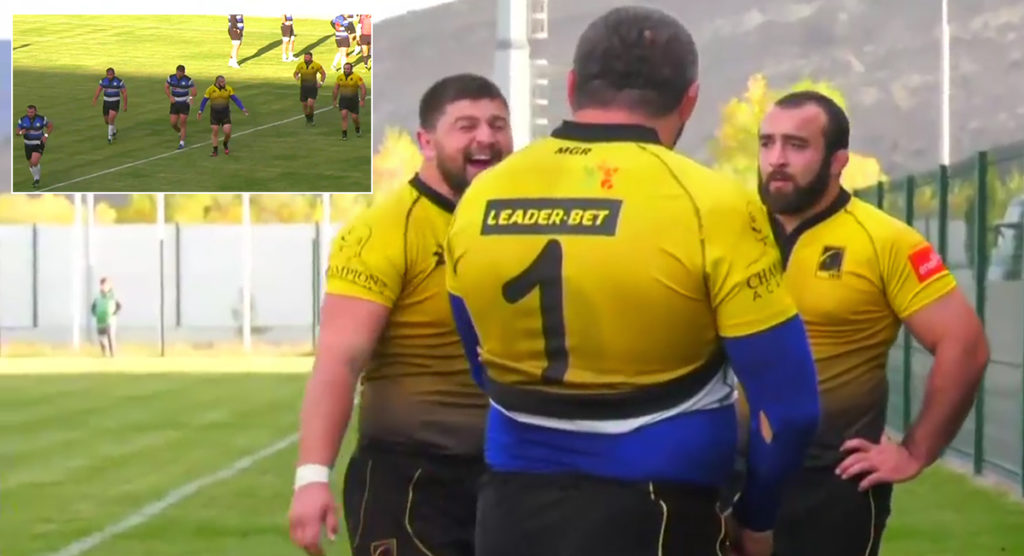 It’s no secret that rugby-mad Georgians are passionate about the sport and typically have plenty to be excited about when it comes to scrum time. While it might be the highlight of the contest for some front rowers, this referee refused to take any nonsense in a top division match over the weekend.

Just after halftime in the Didi 10 match between RC Jiki Gori and Locomotive Tbilisi, both teams prepared for a scrum like normal. That’s when things went off the rails a bit as the referee decided he’d seen one infringement too many and issued not just one but six yellow cards.

Obviously, we’re not able to see what transpired leading up to this fairly bizarre moment but suffice it to say, the referee’s patience was extremely thin by this point.

The decision caused all sorts and chaos on the bench and a bit of a delay in play while coaches got organised, and judging by the befuddled faces in the crowd and of those penalized, it’s a lesson those six players won’t soon forget.