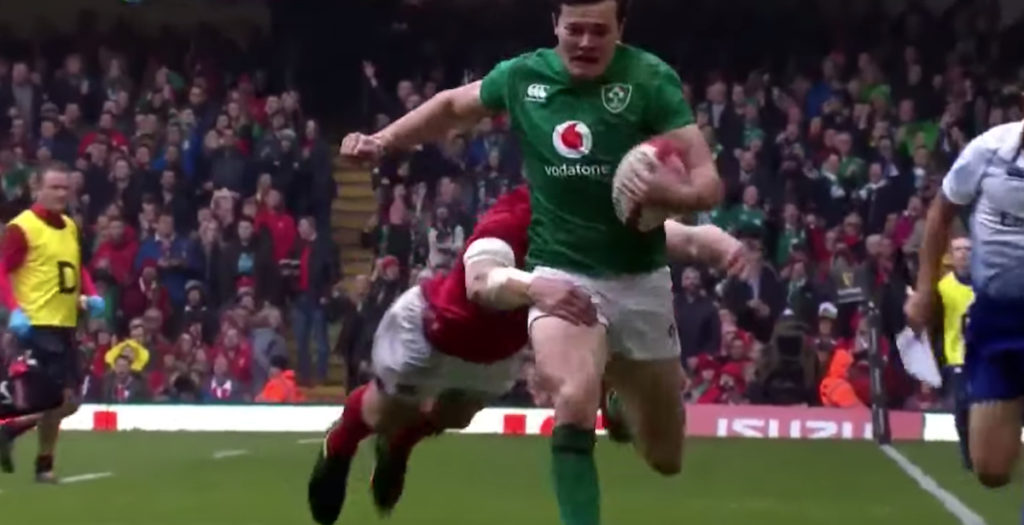 Wales centre Hadleigh Parkes made an incredible try-saving tackle on Jacob Stockdale in the seventh minute of yesterday’s Grand Slam decider in Cardiff.

Yet somehow Parkes managed to catch up with last year’s Six Nations top try scorer and produce an epic diving tackle to prevent Ireland from levelling the scores early on.

The 31-year-old Scarlets player scored Wales’s first try of the game just five minutes prior to this tackle and his performances over the past two months made him a contender for player of the tournament.

Wales went on to win the game in Cardiff 25-7, earning a third Grand Slam title under the management of head coach Warren Gatland and they will leapfrog Ireland into second place in the World Rugby rankings when they are released next week.

Whether or not Stockdale scoring in the opening 10 minutes would have made much of a difference to the final score is debatable, but it’s moments like these which contributed to Wales wining an incredible record-breaking fourth Grand Slam title.