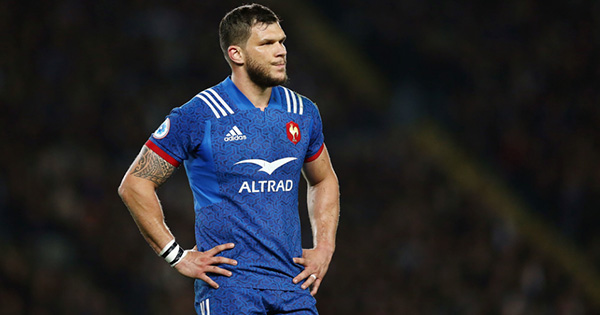 France were pummeled 52-11 at Eden Park Saturday night after leading at the break. However, the worst news came for winger Remy Grosso after taking successive, back-to-back shots to the head from Sam Cane and Ofa Tu’ungafasi. He was unable to finish the match and news later revealed the severity of the injury.

With thoughts of 1994 dancing in their heads, France actually came into the match with fire and passion. It was Grosso that got the scoring started with an intercept try off a rare Ben Smith brain fade. Smith had hoped to hit Jordie Barrett with a quick pass after scooping a loose ball, but Grosso pounced and strolled in untouched.

Unfortunately for France, matches last two halves and that would be their only try on the night.

Things unravelled rapidly after an early second half yellow card for Paul Gabrillagues after his high tackle on Ryan Crotty. This was all the All Blacks needed as they woke from their first-half slumber.

A few minutes later was the nasty collision that could be heard around the park. It certainly bears mention that Sam Cane only received a penalty whereas earlier Gabrillagues had received a straight yellow for not even making clear contact with Crotty’s head. Tu’ungafasi’s contact was ignored althogether.

The incident was enough for French coach Jacques Brunel to begin throwing around some rather serious accusations. Though with some time, his tone has now softened somewhat:

“After reviewing the case it seems accidental, Ofa appears to be going down when he and Sam Cane collided with Remy… On one screen it looked like his shoulder hit the head but on the other it seems it was head against head. It was accidental.”

In their defence, the tackle also left both Cane and Tu’ungafasi prone on the ground themselves, with Cane even receiving – and passing – concussion protocol.

Remy, I hope you’re recovering well. It was a physical game and it wasn’t my intention to hurt you. I’m also gutted that I didn’t get to see u after the game and u weren’t well for me to visit u in hospital this morning before we left but I hope to catch up soon brother.?????????? pic.twitter.com/De803BCtgw

From that moment, the All Blacks truly could not be stopped and began running in tries seemingly at will.

Grosso will miss the remainder of the tour but will remain in New Zealand with the team until he’s cleared to fly home. He is in a stable condition and out of hospital.

“I feel sad for him,” said France flanker Bernard Le Roux.  “I saw him yesterday, he was all swollen up and he looks really bad. Hopefully he recovers well and is back for next season.

“Thankfully this is the end of the season, so we have a break after this.”

Here’s to a speedy recovery.