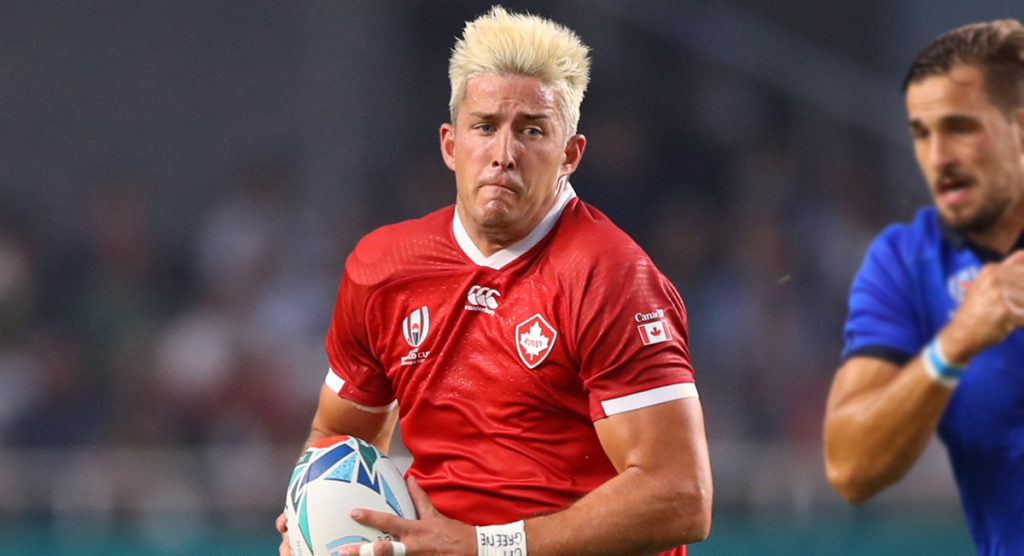 Retiring Canada winger DTH van der Merwe has said that he was deprived of a “fairytale ending” to his career when his country’s match with Namibia was cancelled last weekend.

Sunday’s match in Kamaishi was cancelled due to Typhoon Hagibis, preventing both nations from playing their final match of this year’s Rugby World Cup. But that did not stop the Canada team from helping in the community in the wake of the typhoon.

Van der Merwe took to Twitter on Thursday to announce his retirement, saying that no one has “a divine right to a fairytale ending” to their careers, and while he would have liked to have played that final match it “was not meant to be”.

The Glasgow Warriors winger thanked those that have helped him throughout his career and signed off by saying: “I’ve now lived and enjoyed my Canada 15s dream, 13 years of wearing the red and white, 4 Rugby World Cups and 61 caps. I believe it’s time to sign off and let someone else fill that jersey and live their dream.”

After losing their opening three matches of the RWC, this contest was the chance for one of Canada or Namibia to record a win at the tournament, and for Namibia to even register their first ever in RWC history. While it would have been tough for both teams, the threat of the typhoon was far greater than any rugby match, which many people have come to understand.

Italian captain and legend of the game Sergio Parisse found himself in a similar position to the 33-year-old van der Merwe, as he was deprived of a final game of his career against the All Blacks, as that was also cancelled.

However, Parisse has since prolonged his career to after the RWC to allow himself that “fairytale ending” that van der Merwe missed.