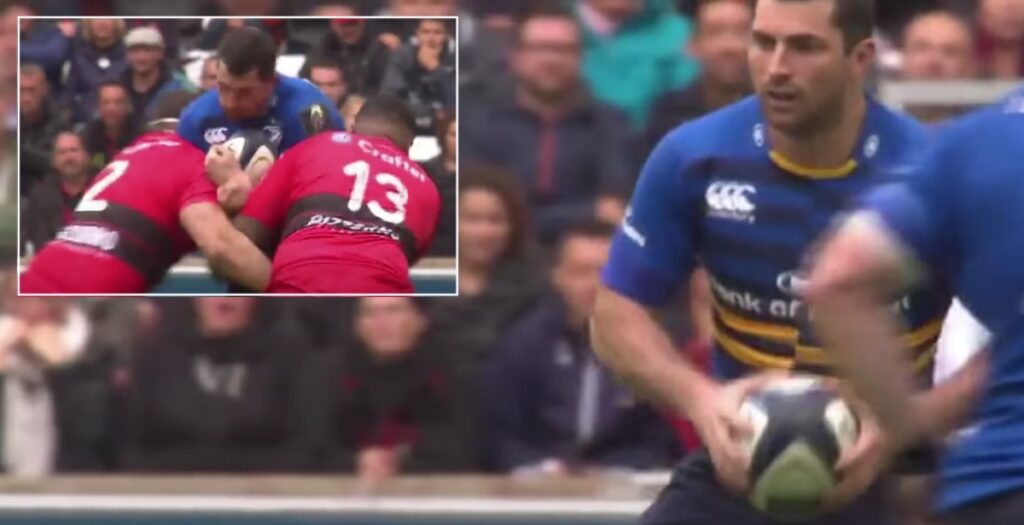 Irish legend Rob Kearney made a terrible decision playing for Leinster in the Heineken Cup in 2014 when he decided to run full tilt into two of France’s biggest hitters.

The full back received the ball in the backfield and attacked a gap between the shoulders of Toulon’s international stars Mathieu Bastareaud and former France captain Guilhem Guirado.

Needless to say the gap closed very quickly and Kearney was met with a brick wall and dumped onto his back in the quarter-final at Stade Mayol. Bastareaud and Guirado weigh a total of 230kg leaving Kearney with no chance in the collision.

Toulon’s star-studded team went on to beat Leinster 29-14 en route to lifting the trophy in Cardiff later that year. Full match highlights are available below:

Kearney, now 34, has earned 95 caps for Ireland since making his debut in 2007 and represented Leinster more than 200 times over the past 15 years.