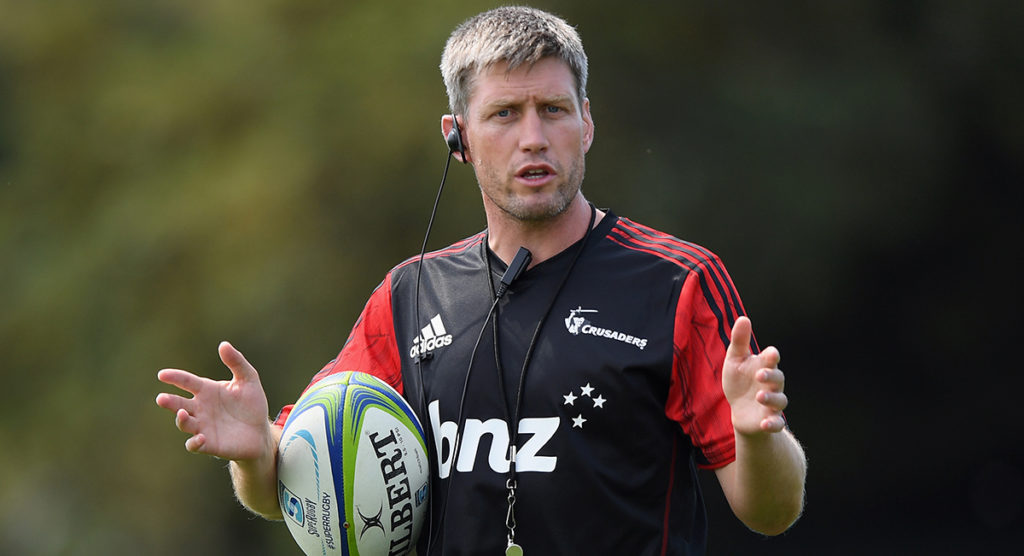 Ronan O’Gara has confirmed that the 2019 season will be his last with the Christchurch-based club, having accepted a coaching role with French club, La Rochelle. The Ireland legend has been an assistant coach to Scott Robertson’s Super Rugby side since 2018.

O’Gara played 128 Tests between 2000-2013 before making the move to coaching. He replaced Leon MacDonald as the BNZ Crusaders’ Backs Coach in 2018, helping guide the side to a consecutive Super Rugby title, and re-signed for the 2019 campaign. Prior to that O’Gara was an assistant coach for Racing 92 in France.

O’Gara said: “My family and I have thoroughly enjoyed our time in Christchurch and were welcomed in to the Crusaders family with open arms when we arrived in early 2018. This is one of the best rugby clubs in the world, and it certainly wasn’t an easy decision to move on from this team and their high-performance environment.

“I’m grateful to the Crusaders for the faith they’ve shown in me as a coach, and I’m incredibly fortunate to have worked alongside a world-class playing and management group for the last two seasons. While I see this move to La Rochelle as the next step in my coaching career and an exciting opportunity for my young family, I’d like to think, long-term, this is not necessarily the end of my time with the Crusaders.

“My focus now is helping to deliver a successful 2019 campaign with the side before my family and I return to France at the end of the season,” O’Gara said.

Head Coach Scott Robertson said: “Ronan quickly endeared himself to our playing group when he joined us last season and has established great relationships with our backs.

“He stepped in to this environment and really challenged our thinking early on, providing the fresh perspective we were after in our coaching group. We’ve seen a huge amount of personal growth in Ronan during his time here, he continues to be a great friend to me and he’s been an integral part of our success to date.

“On behalf of the Crusaders team, we wish Ronan and his family all the very best on their return to France,” Robertson said.

As happy as we are for Ronan, we are also sad to announce this season will be his last with us, having accepted a coaching role with French club, La Rochelle. Congrats Rog! 👏🏽 Read more at crusaders.co.nz/news #crusadeon 👊🏽