The 5 minute video shows the highlights for the school for the 2019 rugby season. Paul Roos is one of the strongest rugby schools in the World with it currently being rated as the fourth-strongest school in the World by South African YouTuber “Rugga Bugga”.

A key focus in this video is on the size of the players in the Paul Roos team. South Africa has undoubtedly the strongest age grade rugby set up in the World with some incredibly talented and skilful players in their group.

In this video here, there is a brilliant blend of skill, power and size with these players as they carve up teams in their age-group. Much has been made of the dominance of South African schoolboy rugby, with Grey College being utterly dominant in almost every game that they have played in for the past few seasons. 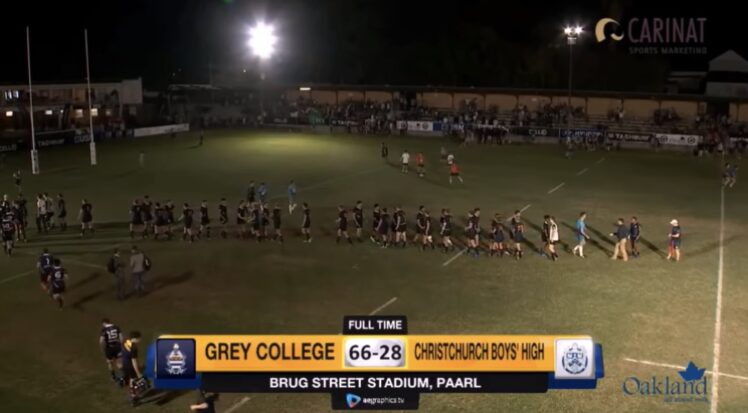 From watching this highlight reel what really astounds us is just how athletic the players in this team are. These players are just 17 or 18 years old and they’re bigger than a lot of fully grown men.

It really displays just how strong the Springboks are at this level and this must surely be in a factor as to why the national team is always so dominant over other teams physically.

If you haven’t watch it yet, it’s well worth checking out the series that RugbyPass have made on a school in New Zealand called Hamilton Boys High. They go in-depth looking at the process behind the rugby at the school there. One major difference we noticed between both of these teams in the size of both teams.

Here is the highlights reel for Paul Roos Gymnasium in 2019. Impressive to say the least…