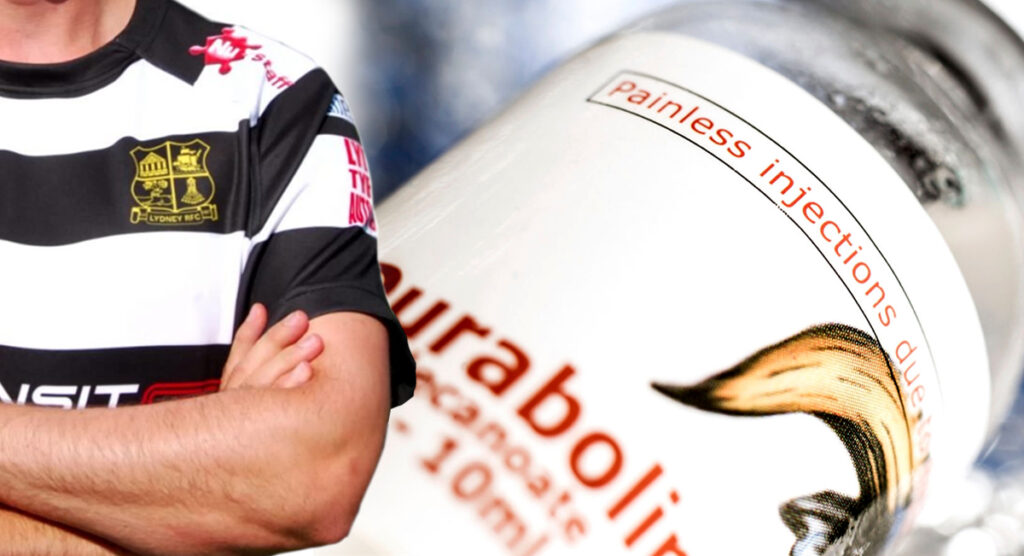 A Lydney RFC player has been banned from all sport for four years following testing after a match that took place earlier this year. According to the hearing findings, he was trying to deal with a shoulder injury.

Twenty-nine-year-old Kurt Brown provided an in-competition urine sample after a match at Lydney RFC on 1 February 2020.

The sample was found to contain an Adverse Analytical Finding (AAF) for S1.1 Anabolic-Androgenic Steroid, namely Nandrolone, 19-norandrosterone and 19-noretiocholanolone, a Non-Specified Substance on the World Anti-Doping Agency Prohibited List 2020.

Mr Brown was charged with a breach of World Rugby regulation 21.2.1, ‘Presence of a Prohibited Substance or its Metabolites or Markers in a player’s Sample’.

“All rugby players are subject to the anti-doping rules irrespective of level. This case highlights the importance of players only seeking advice on injuries and treatment from qualified medical personnel.”

According to his testimony, Brown had picked up a shoulder injury in January 2019 which caused so much pain that he felt he would need to stop playing rugby.

Advice from a friend in gym led to him trying to reduce the symptoms by injecting himself with Deca-Durabolin, also known as Nandrolene.

He said in his statement that he took the drug to aid his recovery so that he was able to work again and earn money to support himself.

He was later able to return to playing rugby.

“At the time of suffering the injury I had retired from rugby, having been told by a doctor I would not play again,” Brown’s statement read, saying that the violation was not intentional.

“I stopped taking the drug on medical examination two months before I began playing rugby again having been given the all-clear to resume playing. My resuming playing rugby was a surprise, and at the time of taking the substance I did not envisage playing or participating in the sport again.”

In the anti-doping hearing, these factors were effectively dismissed.

“The fact that he may have had little or no anti-doping education – something that is regrettable for obvious reasons – cannot begin to excuse him from embarking on a course of conduct which any reasonable person would have known was wholly wrong and which we find as a fact he knew was indeed wrong,” read the statement.

“Mr Brown must serve a period of four years’ suspension, such ban to commence on 13 March 2020, the date of his provisional suspension.”

The relevant parties may appeal the decision within the applicable timelines.