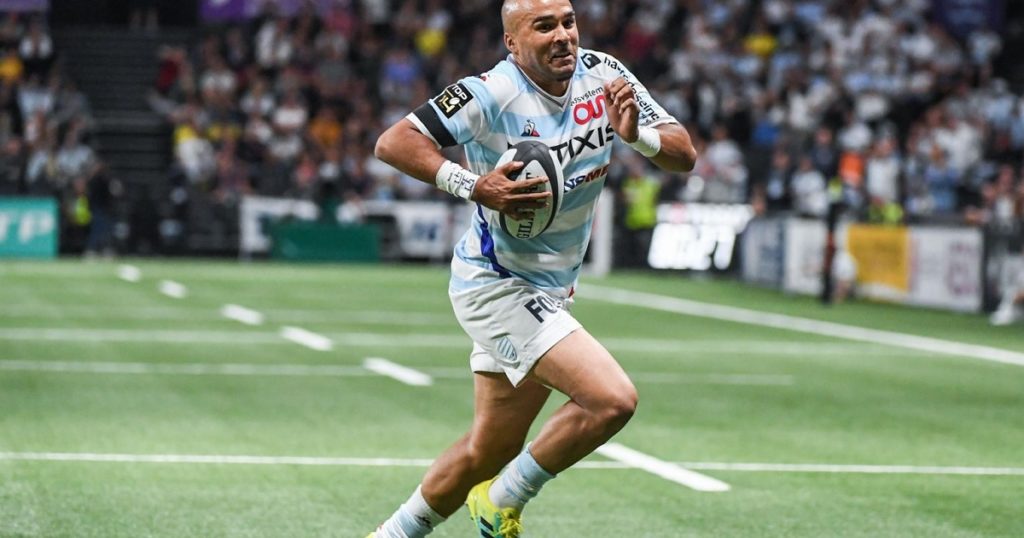 Fly-half Russell set up two scores, for Zebo in the first half and for Pro D2 graduate Olivier Klemenczak in the second period as the Parisian side secured their second bonus point triumph at home in as many matches.

The duo have proved quite an addition to the Racing 92 roster this year and have become cult figures among the local support.

Zebo’s try was brilliantly constructed from a series of phases instigated by the powerful Racing pack before being swung out to Russell in the midfield. The Scottish out-half then drew in two defenders to flick a reverse pass to Irishman Zebo. The winger then forcefully fended off the remaining defender to go under the sticks for the try.

Russell also kicked four conversions and a penalty to help his side bury a spirited Tigers outfit, who fought valiantly against the flamboyant French side. The former Glasgow Warrior then made a searing break in the second half and could have gone the whole way for a score himself. Instead, he opted to lob a casual one-handed pass to winger Virimi Vakatawa who was stopped just before the line.

Klemenczak then grabbed the offload to crash over for the home side’s final score of the evening.

Are the mavericks of rugby right to play such a high-risk game?

It was another great performance from Racing 92 and it is refreshing to see a professional side play with almost complete freedom. With the likes of Fijian talisman Leone Nakarawa – a former team-mate of Russell’s – joining the pair as well as the mercurial Teddy Thomas, it is easy to see why head coach Laurent Travers has allowed such independence.

It is an interesting debate as to whether they should continue in this form should they progress, as expected, into the knock-out stages.

Racing 92 reached the final two seasons ago, going down to a superior Saracens 21-9 in Lyon.

They seem to be enjoying their rugby and by adopting an approach that suits their natural playing style, it is hard to argue why they ought to change.

But, there were areas of concern which could result in Travers’ side slipping up later on, such as the try conceded to the Tigers in the second half.

Not needing to score another try with the score at 36-19, Racing burst downfield once more through Juan Imhoff. Looking for the pass inside, George Ford intercepted and hacked ahead, leaving Racing’s defence all over the place. The quick throw in for Jonny May to score was a result of a complete breakdown in concentration from the hosts.

With the greatest respect to Leicester, a better side on the day may well have beaten Racing – Tigers themselves had an outside chance at a losing bonus point following May’s score – and it is safe to say that those who make it to the quarters are likely to take their chances.