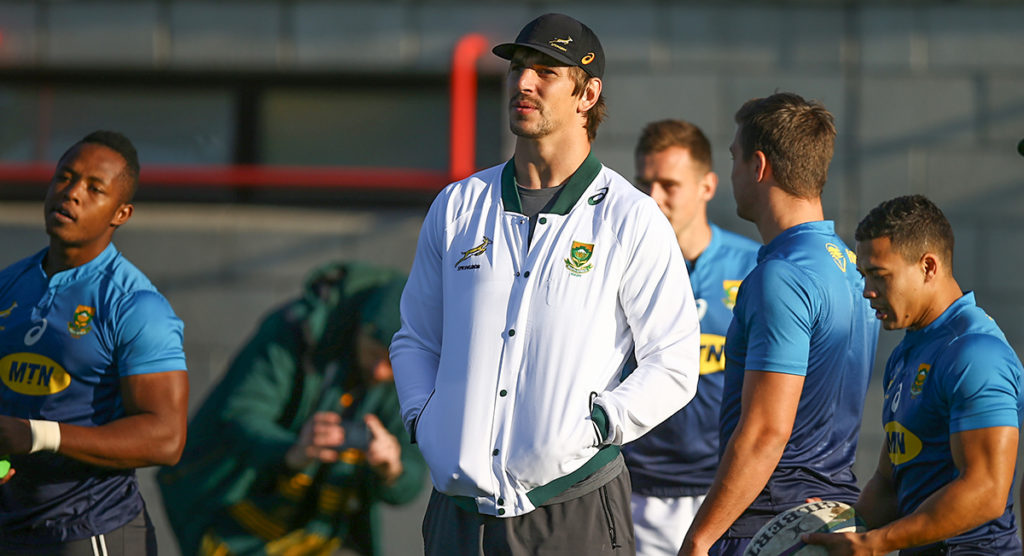 The South African Rugby Union have released a statement today following the weekend’s apparent incident involving Springbok second row, Eben Etzebeth. The giant lock was accused of being involved in an incident with some homeless people in Langebaan, in the Western Cape.

The incident in question supposedly saw Etzebeth racially abuse and even point a gun at a homeless man. He has since vehemently denied the allegations, and said that there are multiple witnesses who can corroborate his story.

“The South African Rugby Union is a law abiding member of South African society and has no tolerance of acts of violence or racial abuse. We will co-operate with the authorities in any way necessary. Our Rugby World Cup squad will have no place for anyone who transgresses those principles.

But we also trust our people to act responsibly and tell the truth. We have spoken to Eben and he categorically denies any physical or racial abuse on his part as has been alleged in social media.

He is a member of the Springbok squad and will remain so unless police authorities require our reconsideration.”

In related Springbok news, Aphiwe Dyantyi has failed a drugs test so has requested a B sample.

The Springbok squad for the Rugby World Cup in Japan will be announced today at 15:00 (CAT).