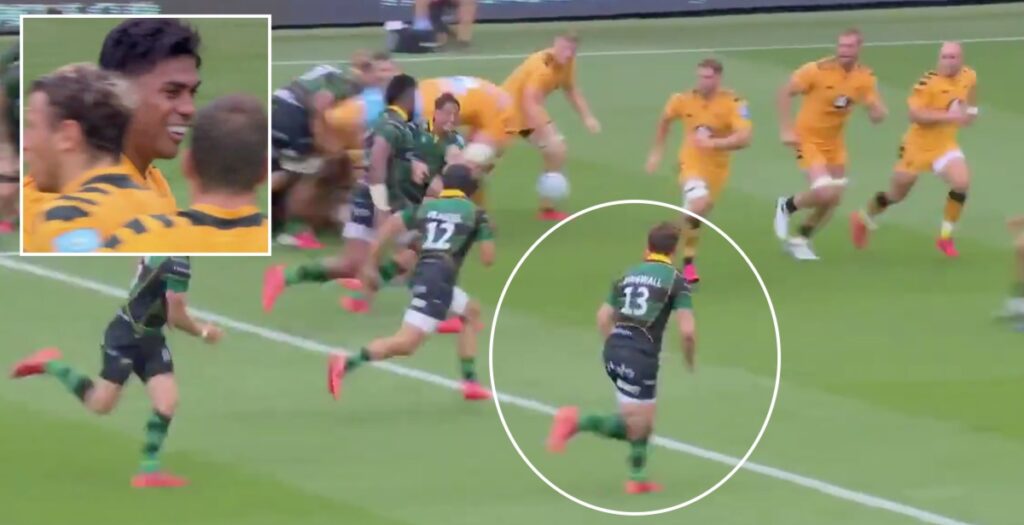 The 28-year-old Wasps star stopped Dingwall dead just moments after gathering the ball from the back of a scrum in an attacking area.

Commentator Austin Healy described it as “an absolute muncher” and the collision forced a knock on by Dingwall just 10 metres from the Wasps try line.

“That’s an absolute muncher of a tackle!!!” 🎙️ @IamAustinHealey

You suspect Fraser Dingwall did not want to be lined up by Malakai Fekitoa starved of hits for five months 😱#RugbyRestart pic.twitter.com/9XF5EQMMaN

The visitors went on to win the game 21-34 at Frankin’s Gardens in the opening round of the Gallagher Premiership since its return following lockdown.

Fekitoa joined Wasps in 2019 from French side Toulon and the powerful centre earned 24 caps for the All Blacks over a three-year period before moving abroad.