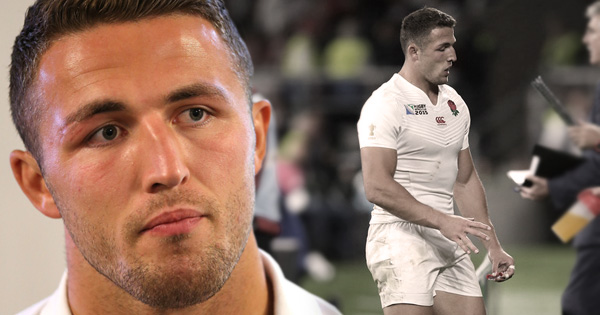 Will he, won’t he? We now know he will, and he has. With immediate effect. The Sam Burgess experiment is over, and it leaves rugby fans wondering ‘What if?’. What if he had more time, what if he was played in his best position and what if we had been treated to seeing the League legend at his very best. We will never know.

Burgess has left Bath and is heading home to his beloved South Sydney Rabbitohs, to continue playing Rugby League in the NRL, with two of his three brothers.

The 26-year-old was part of England’s Rugby World Cup campaign that ended in a Pool Stage exit. He was there ahead of Luther Burrell, who had every reason to feel hard done by.

While Bath used the NRL star as a flanker, England played him at centre at the World Cup. It didn’t all go to plan, and post tournament Burgess requested some time off to evaluate things.

Bath coach Mike Ford appeared to be under the impression that he was set to return to the club, to take up a role in the backrow this season, but with rumours rife this week, it has now been confirmed that he is on his way back ‘home’ to Australia.

Former England hooker and outspoken pundit Brian Moore tweeted earlier: “The Burgess story is a lesson in one thing – world cups are not the place to try out untested talent.“

Others have been sharing this very unfortunate advert that featured Burgess.

For everyone involved this situation doesn’t look great… ???????? pic.twitter.com/fscLcm8HWm

While Union fans are naturally disappointed that we won’t see more of him playing our wonderful game, we do wish him well in his future endeavours at the Rabbitohs, and at least Russell Crowe will be happy to have his Sparkly Eyed Man back.

In this video from BT Sports’ Rugby Tonight we see Brian O’Driscoll discussing the situation, summing it up with ‘It kinda seems like a no-brainer to me’.

“It seems like a no-brainer!” After @SamBurgess8 returns to rugby league, @BrianODriscoll understands why. https://t.co/Yfr2MEHGZX