Scarlets have third second row Red carded in as many matches 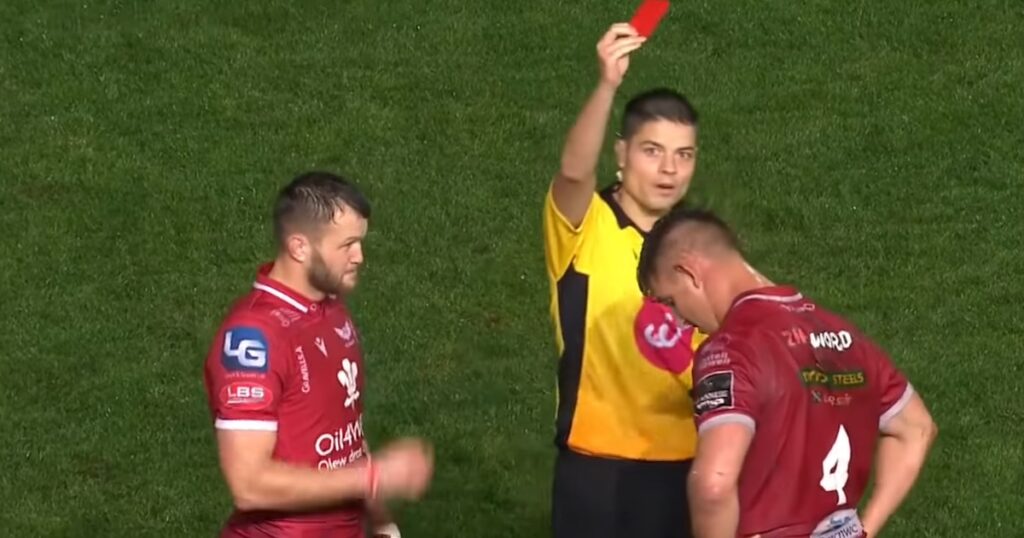 There’s nothing glamourous about a gritty 6-3 victory away from home under torrential rain in Llanelli, but for Edinburgh, it was a first PRO14 win of the 2020/21 campaign. It was achieved against a 14-man Scarlets side who lost a second row to a red card for the third consecutive match this season.

Josh Helps was sent off for a dangerous tackle on Edinburgh winger George Taylor in the second half, just as the visitors had been kicked into the lead by fly-half Jaco van der Walt.

It was an unfortunate incident whereby Helps struck Taylor head-on-head in what was otherwise a legal tackle.

Irish referee Chris Busby admitted that it had been a difficult decision to send Helps off, but had no other option but to dismiss the second row.

For the Scarlets, it was the third red card in as many matches; Morgan Jones [against Benetton] and Sami Tousi [against Glasgow] were also sent off for high challenges.

While appearing more accidental than malicious, Helps’ challenge on Taylor was deemed reckless and dangerous and it remains to be seen what punishment the lock will face this week.

He will be hoping his fate is similar to team-mate Jones, who had his red card rescinded following a disciplinary hearing, which went against the referee’s initial assessment of no mitigating factors. Jones was subsequently free to play after the challenge was found to have only warranted a yellow card.