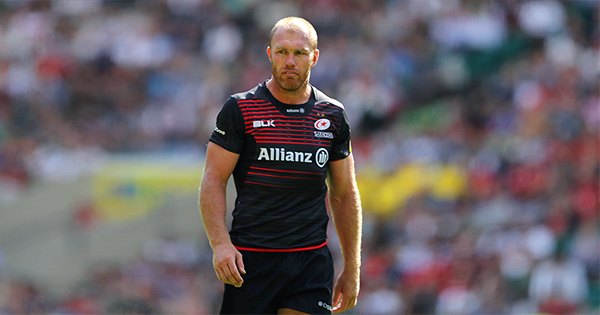 Schalk Burger has been cited for dangerous play after he allegedly entered a ruck dangerously during Saracens’ Champions Cup Round 6 match against Northampton Saints on Saturday. Burger faced a disciplinary hearing in London on Tuesday night.

The 34-year-old Saracens loose forward was cited by Citing Commissioner Peter Ferguson (Ireland) after he made contact with flanker David Ribbans with his shoulder, in contravention of Law 9.20.

Law 9.20 Dangerous play in a ruck or maul

While it looks fairly innocuous on first glance, when examined closely, Burger’s attempt to clear out Ribbans did appear dangerous. It also was technically illegal, as he used his shoulder with a braced arm and made contact with the head. Law 9.20 (a) states:

A player must not charge into a ruck or maul. Charging includes any contact made without binding onto another player in the ruck or maul.

The disciplinary hearing was set to take place last night, so we’ll have an update soon.

UPDATE: Burger has been given a one week suspension

The entry-point for the offence is a two-week ban, but the suspension was reduced to just one week due to the Burger’s guilty plea and good disciplinary record.