Scotland bounce back with narrow victory over France at Murrayfield 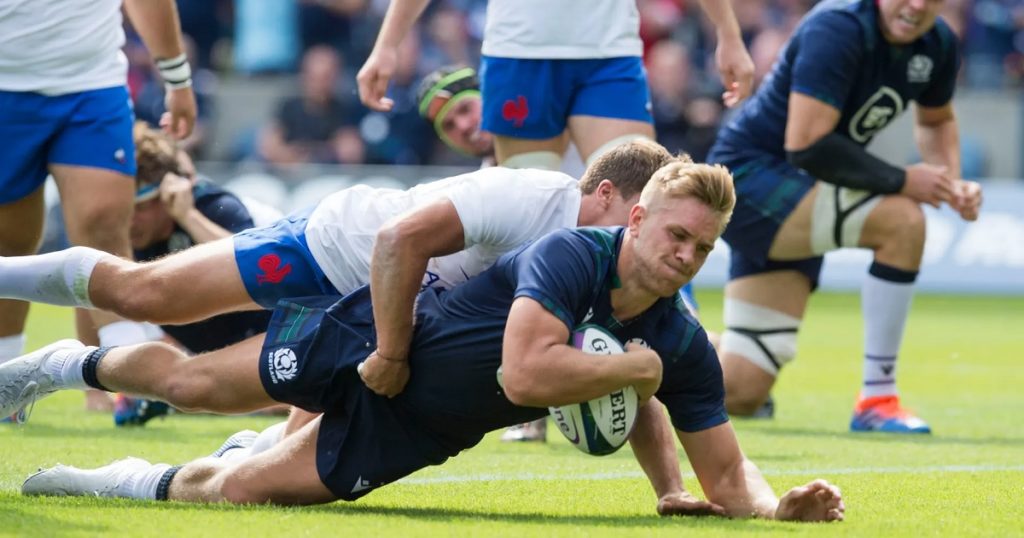 Tries from Sean Maitland and Chris Harris either side of half-time gave Gregor Townsend’s Scotland a crucial 17-14 victory over France at BT Murrayfield in the second of four World Cup warm-up matches.

A far cry from their abject performance in Nice a week ago, Scotland still leaked a pair of Damian Penaud tries inside the opening half hour, both of which were converted by Thomas Ramos.

But Maitland’s score on the brink of half-time and a short-range effort from centre Harris in the second period gave the home side a much-needed win.

France started the stronger of the two sides and made the most of scrappy handling and poor decision-making from the Scots to bag both of their tries.

Penaud snapped up a loose pass from Peter Horne to streak in from the halfway line before completing his brace after a Finn Russell knock-on.

Scotland just about had the better of the set-piece and looked far more potent in attack once the likes of Stuart Hogg, Harris and Russell got into their stride.

Maitland finished off a rather fortuitous counter-attack following Penaud’s dropped pass from Ramos, while Harris crashed over after several punishing phases on the French line in the second half.

While the neutral spectator may well have enjoyed what had been a thoroughly entertaining encounter in almost perfect summer rugby weather, both sides fell short of giving a true representation of where they are at ahead of the World Cup in Japan.

France lacked intensity all too often in the second period as well as structure after Lopez was forced off injured in the first half. Scotland’s indiscipline and inaccuracy in key areas of the field continues to limit their scoring opportunities, while line-outs were a lottery for both sides.

For Scotland, they travel away to Georgia next weekend, with France hosting Italy at the Stade de France.

A Jaguares star has revealed players at the franchise have been told by the Argentine Rugby Union that they are free to take up offers from offshore clubs to continue playing rugby.