Scotland get the better of Georgia at Murrayfield 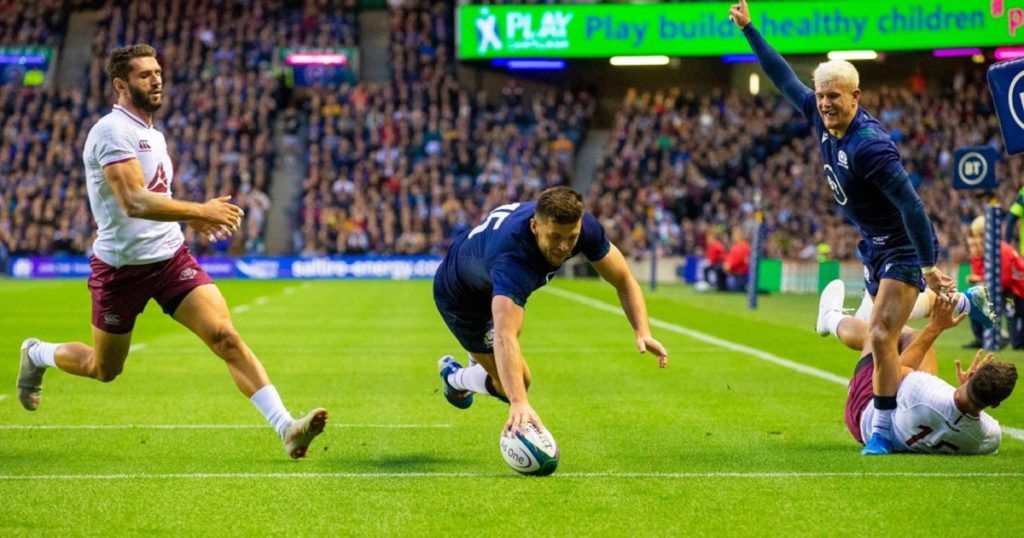 Scotland recorded a comprehensive 36-9 victory over a spirited Georgia in their final Rugby World Cup warm-up match at BT Murrayfield.

Tries from Ali Price and Blair Kinghorn gave Gregor Townsend’s men an early lead, but the visitors remained firmly in touch at the break thanks to three penalties from out-half Tedo Abzhandadze.

The match was evenly disputed in the second half as indiscipline and a barrage of handling errors hampered both sides.

Further scores from Sam Johnson, Man-of-the-Match Darcy Graham, George Horne and Pete Horne rounded off a lacklustre overall performance as the Georgians began to tire in the closing stages.

Man of the match Darcy Graham is optimstic on Scotland’s chances in the Rugby World Cup 🇯🇵 pic.twitter.com/ROqmyxBGRO

The Scots were far more potent in attack and showed the same sort of threat as they did in Tbilisi last weekend, but almost constant indiscipline stopped the hosts gaining any momentum.

More worryingly for Townsend though were injuries for back-rower Jamie Ritchie (who suffered a facial injury in the first half) and lock Ben Toolis.

Georgia fronted up well in the set-piece and had the measure of Scotland in the scrum particularly. In stark contrast to last week, Milton Haig’s side were more precise with ball in hand, despite several glaring mistakes costing them dearly.

Zurab Dzneladze and Soso Matiashvili were especially impressive during the second half, which Georgia began the stronger team. The winger and full back respectively were lively additions to a backline which caused Scotland’s oftentimes frail defensive structure a litany of problems.

Scotland led 17-9 at that point, but Abzhandadze missed an opportunity to move Georgia to within a try as a fourth penalty attempt drifted wide of the uprights.

Seemingly revitalised, Scotland went in search of the killer blow which they eventually found courtesy of Graham’s effort with 12 minutes remaining.

That relieved some of the pressure which had been building amongst the Murrayfield faithful, and this was completed when replacement scrum-half Horne scampered over just five minutes later.

Brother Peter also got on the score cards after a bizarre chip over the top from Abzhandadze landed in the substitute’s hands. Horne escaped the tackle of flanker Giorgi Tkhilaishvili to run all of 10 yards for the final try of the evening.

Scotland will take the positives of a potent attack with them to Japan, with the caveat that their indiscipline and penalty count continues to plague their game.

For Georgia, the fact they competed toe-to-toe with their vastly more experienced opponents for 60 minutes will be a plus, but their capacity to maintain their stamina for the full 80 minutes ultimately cost them in the end.