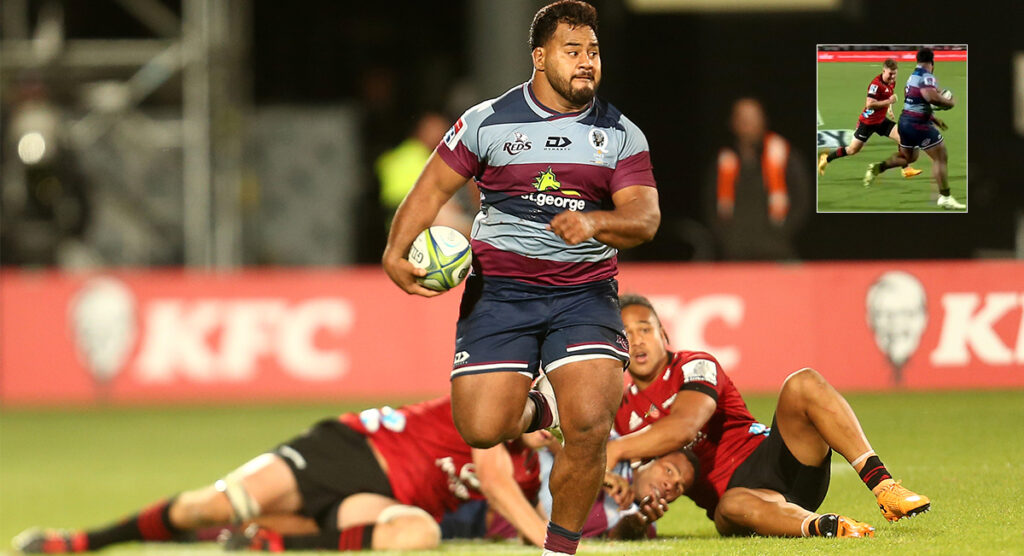 The Crusaders edged the Reds in Round 6 of Super Rugby on Friday and it came in part thanks to a courageous tackle from replacement halfback Mitchell Drummond. Thanks to the effort, the Crusaders held on for a 24-20 win.

The Reds, however, were left to rue their poor goalkicking display as they failed to convert a single try, of which they scored four. They actually outscored the Crusaders, who only picked up three tries, but the kicking from the tee was something they will look back on as a deciding factor.

That, and this special effort from Drummond, who chased across to cut down a Reds counter-attack with just five minutes left in the match.

The way he shut down Taniela Tupou was not only courageous but also showed great technique, a fine example for youngsters to see how smaller players can take down the big boys.

If that tackle was missed, you would think the Reds would have gone over.

*UPDATE: It has now been named Play of the Week for round 6.

There were some lovely tries scored by both sides, with Henry Speight’s effort one to watch in particular.

You can catch up on full highlights from the match below: