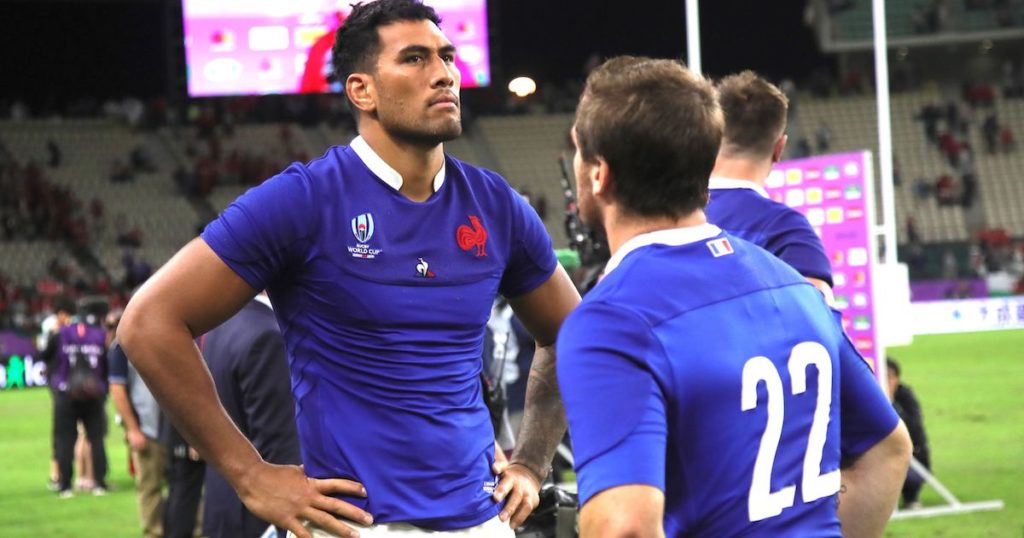 French second-row Sébastien Vahaamahina, who was sent off in his side’s Rugby World Cup quarter final against Wales has spoken out to Midi Olympique about his feelings following the incident which arguably cost his team a place in the semis.

Speaking to Midi, Vahaamahina said that he felt regret following his elbow to the face of Welsh flanker Aaron Wainwright, and that the resulting fall-out has “not been easy”.

“How am I doing? It’s not been easy. A few days have passed, I’ve met up with my family which was the most important thing. I’ve needed them. Now, it’s still running around in my head a bit,” Vahaamahina admitted.

Vahaamahina, who plies his club trade with ASM Clermont Auvergne, also said that he felt the six week suspension he received as a result of his sending off had been “justified”, but admitted that he had let the game get the better of him at the time.

“I appreciate that the disciplinary commission took into consideration the fact that I am a player who has had a relatively clean record in the matches I’ve played,” he added.

“I apologised in front of everyone in the changing room because I felt so ashamed deep within me. It was a feeling of culpability, but everyone came to comfort me.”

Vahaamahina’s match quickly unravelled in the second half, after scoring his first international try to give France the lead in the first. The second-rower had also intended to call time on his France career at the end of the World Cup, so his dismissal was even more tainted as a result.

It was a particularly inexcusable action given that France at the time, were challenging the Welsh line as they searched for a fourth try, something which Vahaamahina knew well enough.

“At that moment, we were in a good place in the match,” he said. “I thought to myself: ‘we’re in a position to score and possibly kill off the match. I was full of energy, aggression and will. And then all of a sudden, I lost control. Until that point, I felt like I was in my own match, and then I wasted it all.”

Vahaamahina admitted that he had “cracked” under the pressure of “wanting to score at that moment”, something which ultimately cost him dearly.