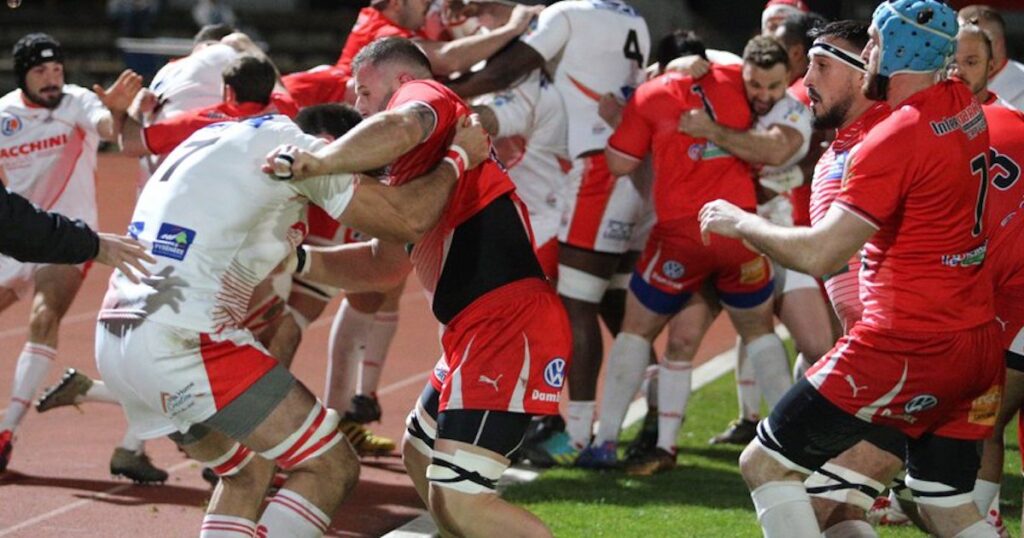 “Pathetic, distressing and shameful” was how last weekend’s Fédérale 1 clash between Tarbes and Lannemezan by French newspaper La Depeche. What was meant to be just another regular season fixture turned into an embarrassing affair in which SEVEN players got sent off.

We’re all aware of what the French call the “bagarre générale” by now. A massive brawl in laymen’s terms but what occurred at the weekend went well beyond that. Tarbes came out winners by 36-3, but with the home side finishing with 12 players and Lannemezan with 11, it has brought the game into disrepute.

There were seven [7!] red cards in a violent Fédérale 1 game between Tarbes and Lannemezan over the weekend.

Three yellow cards too, with a few separate incidents.

Two coaches were also dismissed for their part in the carnage.#BagarreGénérale https://t.co/M3EbFBKSDs

“It is a fight which, [on] camera or not, [went] too far “, said Christophe Dulong from Lannemezanne.

Ulrich Pretorius, Tarbes hooker echoed those sentiments by saying that “consequences that could have such scenes with young audiences. It must be said, it is dangerous for everyone, things can change very quickly.”