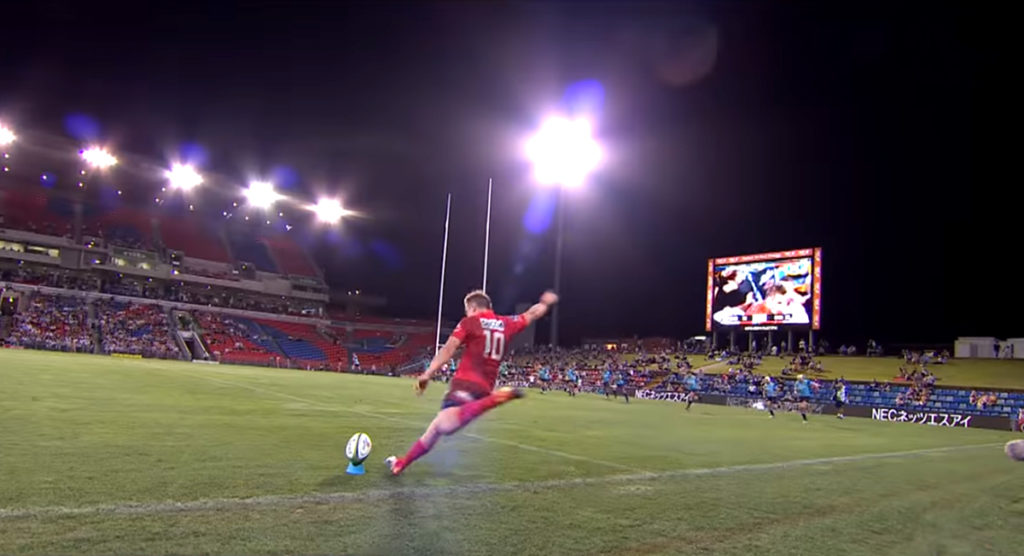 Hayden Parker has maintained his phenomenal kicking record as he was faultless from the tee yet again, as the Sunwolves upset the Waratahs away from home. Winger Semisi Nasirewa scored a sensational hat-trick for the side that are going to be discarded by SANZAAR.

Beating the Waratahs – a week after they themselves had upset the Crusaders – was the Japanese side’s first ever win on Australian soil in Super Rugby, to go alongside their first win in New Zealand earlier this season against the Chiefs.

The Australian side rested some key players, and their absence was certainly noticed, particularly Bernard Foley’s, but that does not take anything away from a Sunwolves team that defended superbly and took it to a Waratahs defence that had received a lot of plaudits going into the match.

Of the two teams that played rugby in Newcastle tonight can you believe the Sunwolves are the ones getting punted from the comp. #WARvSUN

The Sunwolves have had a lot of attention this past week, after being controversially axed from Super Rugby following the 2020 season. In light of this news, and their performance, many fans have questioned the decision-making of SANZAAR.

Of course, the decision to remove the Sunwolves from Super Rugby had many more factors to it than simply their performances, as there was financial difficulty. However, based on how they played against the Waratahs, many fans are bewildered that the decision has been made.

While their performance was not great against the Lions in Singapore last weekend, the Sunwolves came to prove their doubters wrong in Australia this weekend. Many fans feel that this is the perfect response from the Japanese team, who would have been licking their wounds this week.

@SuperRugby maybe sanzaar must review the decision about the @sunwolves. 2 big wins for them and both of them is away from home. Well done to Tony Brown and his team. @SuperSportTV @SuperRugbyNZ @AllBlacks

Number Ten Parker was superb with the boot yet again, as he kept up the record of not having missed a kick this year. Last year he set the record of 38 in a row, missed one, and then started his run of 26 from 26, despite having this tricky one from out wide after a brilliant Masirewa try in the corner.

The SharpShooter Hayden Parker slots it from Wide out! Hasn’t missed in 2019 check this out! #WARvSUN #SSAction Great win for the @sunwolves pic.twitter.com/aEkwXUfa7a

“The boys have got the bit between the teeth after being told we’re not going to be in the competition going forward. Everyone in the whole squad, management, just gives it everything we’ve got. Give it a crack on a Saturday and hope for the best really.” said Parker post match.

The Sunwolves played good rugby and it is clear that they are a team that are progressing in their fourth season in the competition. After what has surely been a turbulent week, this was the perfect way for them to make a statement.