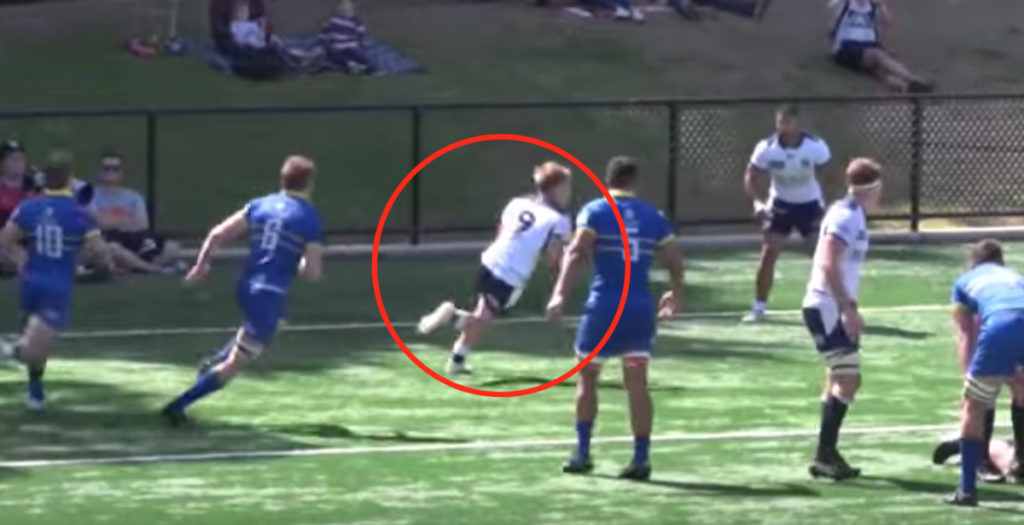 Queensland County scrum half Tate McDermott virtually handed Sydney a try in the National Rugby Championship on Saturday, losing control of the ball over his own try line twice.

The 20-year-old dropped the ball backwards from the back of a ruck before attempting to chip the ball over the defence from the in-goal area.

Sydney centre Harry Burey charged down McDermott’s kick and immediately dotted the ball down to score the home side’s fifth try of the game.

The hosts eventually won the game 47-26 at the Woollahra Oval meaning both teams sit on six points after three rounds. Full match highlights are available below: