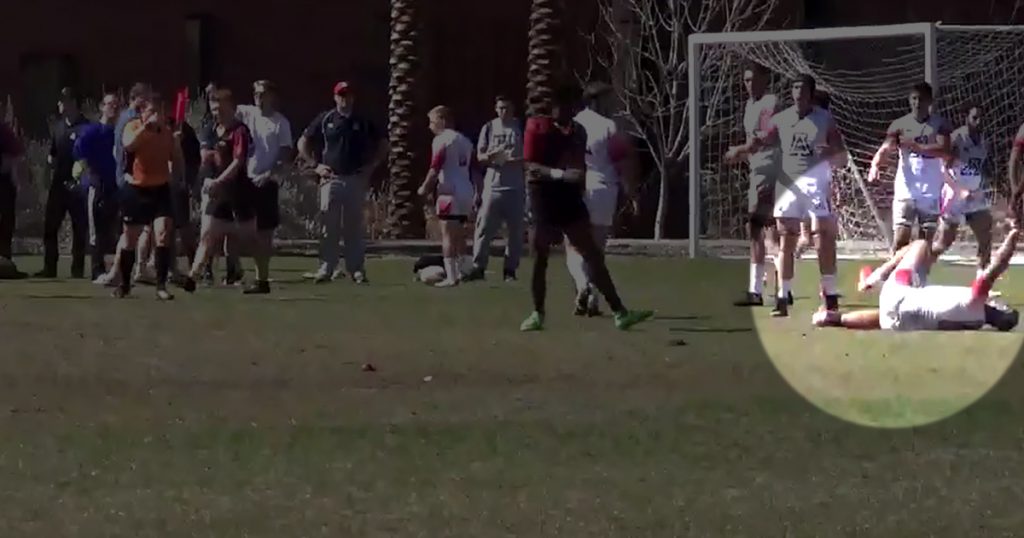 Police at the Arizona State University have released previously unseen footage of an ‘assault’ during a college rugby game last February.

A former student at the Arizona State University named as Christopher Crawford, has been arrested on suspicion of aggravated assault and his trial is pending following the sickening incident in a match between ASU and the University of Arizona in February of this year.

In the video, Crawford is seen walking up to opposing player Doug Neary, who at the time is tieing his laces, and proceeds to kick him in the face.

The assault left Neary with numerous injuries which included having six screws and a metal plate inserted into his face along with facial reconstruction surgery.

According to court documents, Crawford said he was ‘not sorry’ for his actions as he was acting in ‘self-defence’. See the disgraceful act below and a news report below that.