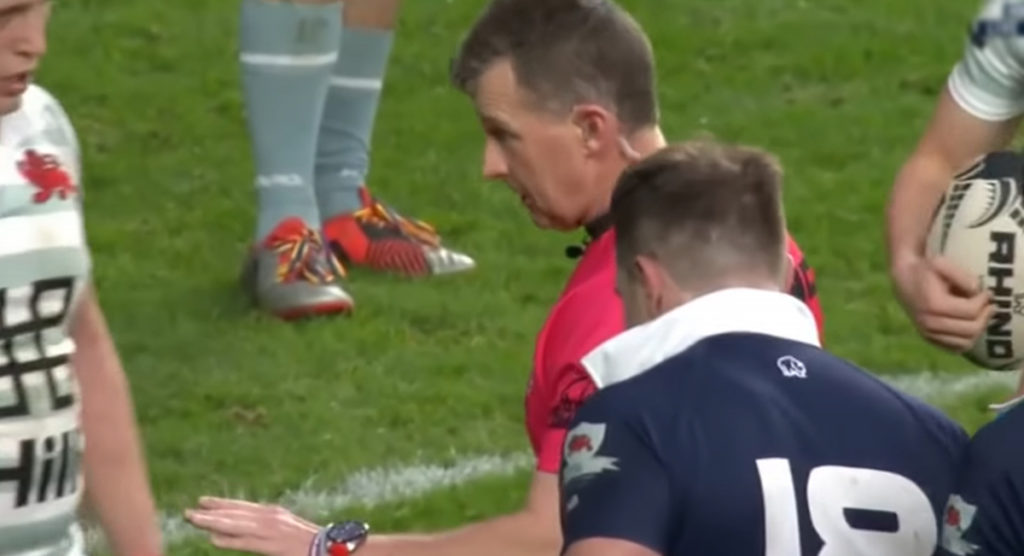 He’s known as the king of one-liners so when Oxford and Cambridge met in the annual Varsity Match a few days back, Nigel Owens did not disappoint as he came out with another comment that led to a few chuckles in the commentary box and perhaps the disapproval of those in west Wales.

Former Saracens and London Irish full-back Ben Ransom starred for Oxford as they won the match convincingly with five tries to one, for a 38-16 scoreline.

The win for Oxford was their 60th, as they moved within three of Cambridge’s 63 overall wins.

Referee Owens took charge of the contest, following in the footsteps of fellow Welshman Derek Bevan, who oversaw the Varsity match in 1993. “So many of the greatest referees have officiated at the Varsity match at Twickenham,” Owens said before the match.

Midway through the first half he took an opportunity to have a drink, when his usual wit kicked into play.

Of course, respect for the referee is part and parcel of what makes rugby great so it’s commonplace that players call referee’s ‘Sir’. And long may it continue.

You can watch a replay of the full match below