Simmonds suspended for dangerous tackle you more than likely missed 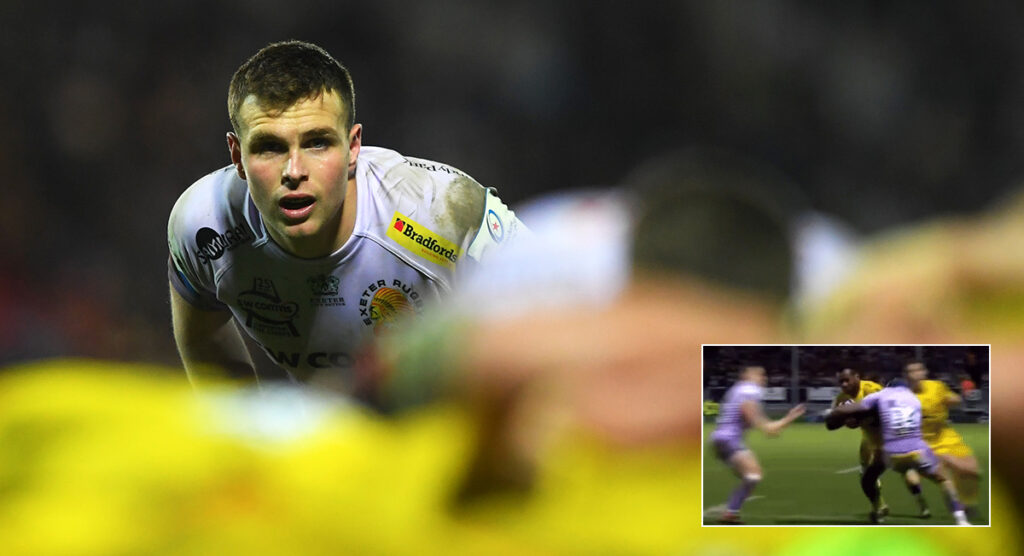 Exeter Chiefs outside half, Joe Simmonds, has been suspended following an independent Disciplinary Hearing arising from his club’s Heineken Champions Cup, Round 6 match against La Rochelle.

Simmonds was alleged to have committed an act of foul play in that he tackled La Rochelle wing, Kini Murimurivalu, in a dangerous manner in the 16th minute of the match at Sandy Park in contravention of Law 9.13.

The complaint was made by the match Citing Commissioner, Kevin Beggs (Ireland). An independent Judicial Officer, Tommy Dalton (Ireland), considered submissions from Simmonds, who admitted the offence of dangerous tackling, and from the EPCR Disciplinary Officer, Liam McTiernan.

The Judicial Officer upheld the citing complaint, finding that Simmonds had made contact with Murimurivalu’s head in a dangerous manner that had warranted a red card.

He then determined that the offence was at the mid-range of World Rugby’s sanctions and selected six weeks as the appropriate entry point.

Taking into account the player’s guilty plea, clear disciplinary record and timely expression of remorse, the Judicial Officer reduced the sanction by the maximum of 50% before imposing a three-week suspension.

Simmonds is free to play on Monday, 17 February, and both he and EPCR have the right to appeal the decision.

Let us know what you think of the decision in the comments below!