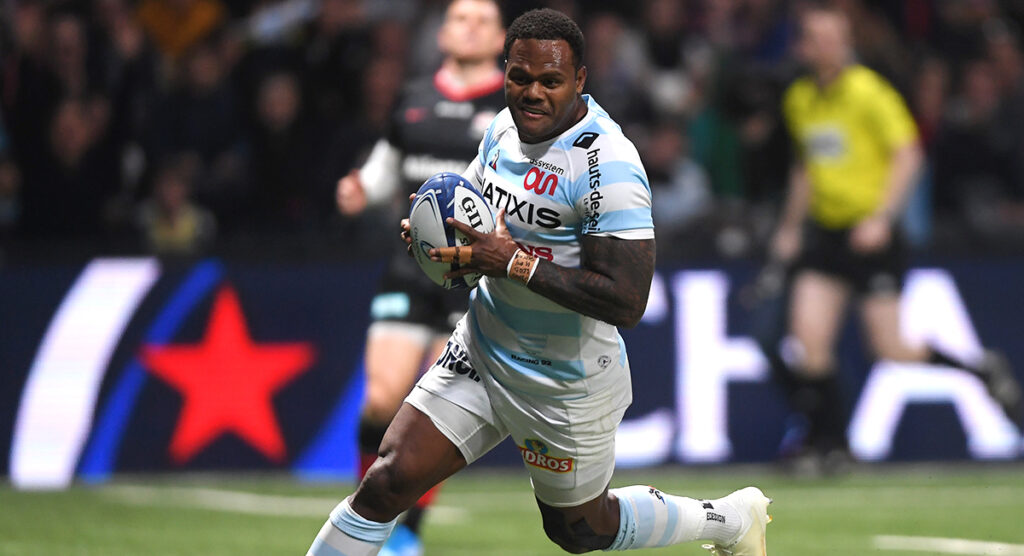 Racing 92 may have narrowly lost to Saracens on Sunday, but fullback Simon Zebo has made the claim that his teammate Virimi Vakatawa is the best player in the world currently.

The former Ireland international missed his sides’ contest at Allianz Park through injury, but showered the France international with praise in response to his performance against the reigning champions.

The outside centre bagged two tries in the first half in north London, running in from 40 metres for Racing’s first of the match, and gliding through from close range for their third.

The Fijian-born powerhouse has been in sensational form all season for the Parisian club, and he brought that form to the English capital, looking unstoppable at times in the first half, running through players at will and proving to be almost impossible to put down.

It was only in the second half, where Saracens were able to take control of the match and starve Racing of possession and the chance to move the ball wide to the 27-year-old, that they won the match. Such is the danger that Vakatawa poses that it is imperative to subdue him in order for any side to win.

There are few players in the game that are more of a threat to defences every time they carry the ball than the former sevens star at the moment. He showed his pace on Sunday in his first try, while his power and offloading game has never been questioned.

With the Six Nations a matter of days away, he is destined to start in the 13 shirt at the Stade de France against England on the opening weekend, where he will be able to cement his growing status as one of the best players in the world.