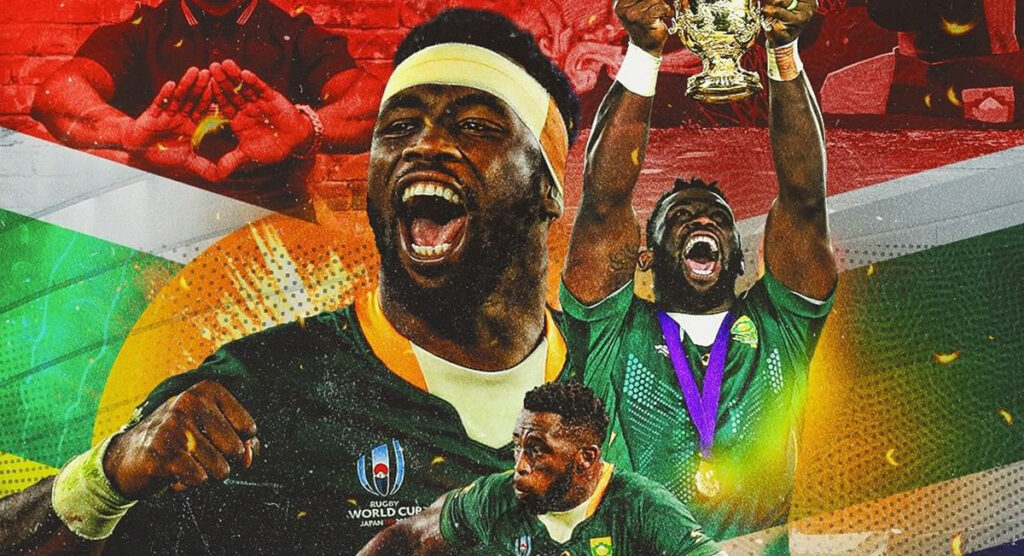 Owned by rapper Jay-Z, and a division of the entertainment agency Roc Nation, Kolisi has become the first rugby player to sign a deal with the company.

On their website, RNS says that it “focuses on elevating athletes’ career on a global scale both on and off the field. Roc Nation Sports conceptualizes and executes marketing and endorsement deals, community outreach, charitable tie-ins, media relations and brand strategy.”

My pursuit of a greater future and inspiring the youth in our country and beyond will never stop. Blessed to take the next step in my career with the @rocnationsports family. Looking forward to breaking new boundaries with this partnership! #RocFam

While the majority of RNS’ clients are from basketball, baseball and American football, it also has some of the biggest names from the world of football. This is not only huge for the globalisation of rugby, particularly in the United States, but it champions everything Kolisi and his Springboks team represented in Japan this year.

The RWC victory was particularly significant for the Springboks this year as Kolisi is their first black captain. Having grown up in a township in Port Elizabeth, his story, and that of his teammates as well, already has made an impact in South Africa and it is hoped that it will bring unity to the nation. The celebrations throughout the country during the squad’s bus tour was a sign of that.

Upon the announcement, Kolisi said on Instagram that “my pursuit of a greater future and inspiring the youth in our country and beyond will never stop,” and this landmark deal will only help those goals.

On a personal level, this propels the flanker to global sporting stardom. Already the 28-year-old has witnessed the notoriety of his side’s win when he was invited to Anfield after meeting Liverpool manager Jürgen Klopp in Cape Town, and this is yet another sign that the victory was far more momentous than he first thought.

The first of many more. Honored to represent my country in this next chapter with @rocnationsports 🇿🇦 We stand together. #RocFam